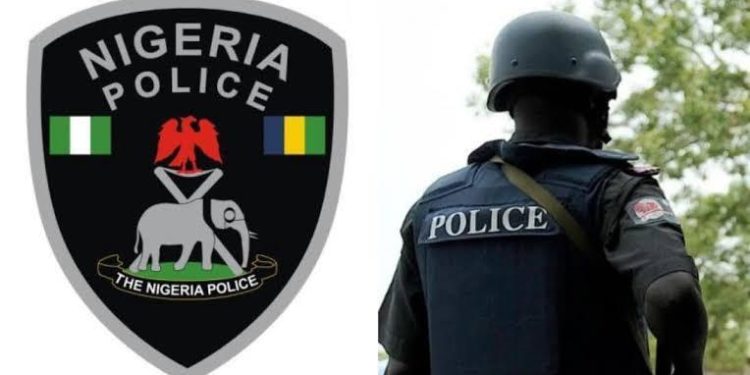 Imo State Police command has paraded one Anosike Chimobi as one of the killers of former political adviser, Ahmed Gulak.

Gulak, who was former political adviser to former President Goodluck Jonathan was murdered on his way to the Sam Mbakwe Airport Owerri on May 30th, 2021.
Chimobi, 38 years old, who hails from Umuedo, in Ahiazu Mbaise local government area of Imo State, confessed to being a member of the proscribed Indigenous People of Biafra and Eastern Security Network.

He said among those paraded were members of the gang who burnt the home of the president-general of Ohanaeze Ndigbo, Professor George Obiozor.

He said, “Anosike confessed to being among the IPOB/ESN terrorists that murdered Ahmed Gulak on 30/5/2021 along Imo State Airport Road. Been involved in the burning of Aboh Mbaise, Ahiazu Mbaise, Ezinihitte Mbaise, Ihitte-Uboma and Obowo Police Stations. Confessed to be among the IPOB/ESN terrorists who attacked the onions Truck at Enyiogwugwu junction Aboh Mbaise L.G.A Imo State on 30/5/2022. He confessed to his involvement in attack and murder of many police officers and collection of their service rifles.

He also confessed to the kidnap of one Jude Nwahiri at Eke Nguru Junction Aboh Mbaise L.G.A. Imo State, under the command of one Ebube Uche Madu aka virus who is on the command wanted list.”

According to him, the late Gulak was trailed from his hotel room to the spot where he was killed around Umueze Obiangwu in Ngor-Okpala LGA, close to the Sam Mbakwe Airport Road in Owerri.
Abattam disclosed that Anosike had been on the trail of the command since the killing of Gulak last year, after his escape during a gun duel between the police and his gang members at Aboh Mbaise shortly after the murder of the APC chieftain during which five of the suspects were killed.

However, while speaking to newsmen, Anosike said he was a commercial bus driver and not a member of the criminal terror gang.

According to him, Gulak’s killers approached him to convey them in his vehicle which he attempted to resist but later accepted when they threatened to kill him.
He stated that he drove the gang members to the spot of killing and blocked Gulak’s vehicle which was on its way to the airport.

According to him, they shot the APC chieftain after he resisted the demand by the gunmen that he should come down from the vehicle.
The command’s spokesman said that the others paraded were criminals who have been terrorising communities in Imo State.