by Chika Izuora
in Cover Stories
0 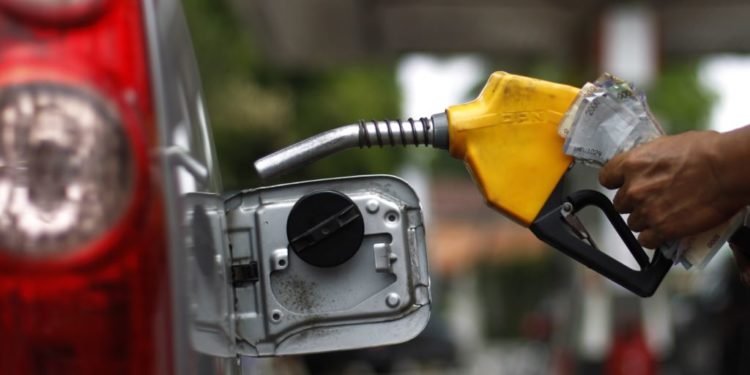 Economists and key stakeholders in the oil and gas industry have expressed concern over the perennial problem of fuel scarcity, declaring that unless the highly unsustainable fuel subsidy is dealt with decisively, Nigeria would continue to face higher macroeconomic risk and fiscal deficit challenges.

The experts offered economic solutions to the lingering shortages in supply of petroleum products which had regularly created an unpleasant environment where motorists would have to queue for several hours before buying petrol.

On the supply side, marketers have identified huge gaps from the Petroleum Products Marketing Company, PPMC, which solely imports petrol into the country.
Though the Federal Capital Territory, FCT, and other cities have had to contend with the situation over time, the current shortages in the country’s commercial capital, Lagos, have forced marketers to reveal the extent of the problem.

While they are openly asking for subsidy removal, experts note that there are too many odds against it, especially potential political cost to government and the ruling part, especially with the impending elections and also there are worries about the social cost given the excruciating poverty in the country.

There is also the concern of waning goodwill of government ahead of an election year.

Speaking on the current issue, the Major Oil Marketers Association of Nigeria, MOMAN, called for the full deregulation of the petroleum downstream sector and full implementation of the Petroleum Industry Act (PIA) 2021.

The Association declared that PIA implementation is clearly the most viable long-term solution to the country’s supply and distribution challenges, adding that given the current state of government finances and unpredictable international supply shortages, the situation would likely not abate.

Chairman of the Association, Olumide Adeosun, attributed the current petrol queues spreading around the country to supply disruption from the PPMC in the last few weeks.
Adeosun also blamed the situation to distribution challenges created by the unavailability and continuous surge in international prices of Automotive Gas Oil (diesel).

He expressed fears that the current supply framework and government finances cannot guarantee steady and consistent supplies to the country
To resolve all these, MOMAN recommended a gradual price deregulation with targeted palliatives (eg. transport and agricultural subsidies) to the public to ease implementation.

However, in the interim, the Association recommended that the current single supplier strategy be reviewed, and that the Federal Ministry of Petroleum Resources, in collaboration with the Ministry of Finance and other relevant MDAs, should set up a taskforce to immediately focus on increasing diesel supply through accelerated initiatives to increase local modular refining capacity.

This move will tackle the supply and distribution challenges, he said.
Adeosun also said the MOMAN had recommended a phased rehabilitation of existing NNPC refineries to hasten supply of middle distillates (AGO & ATK).
He said MOMAN recognized the need to ease challenges with respect to high energy and transportation costs occasioned by extraneous circumstances.
This is just as he assured that MOMAN shall continually do its best to distribute petrol to its customers across the country and keep exploring opportunities to partner with industry stakeholders.

While empathising with its customers as the nation grapples with recurrent scarcity of Premium Motor Spirit (petrol) in various parts of the country, Adeosun disclosed that the gap was noticed in April when Lagos jetty, which was supplied with 438,000 metric tonnes of petrol, went down to 213,100 MT, and as of 20th of June it went down to 140,000MT.

On his part, an economist Dr. Muda Yusuf, observed that the whole subsidy story had become a political economy matter, shifting from the realm of economics and investment to the political realm.

Yusuf, who is the CEO, of Centre for the Promotion of Private Enterprise, CPPE, expressed fear that under the current subsidy regime, macroeconomic risks would become elevated as fiscal deficit and borrowing significantly surpass projections in the 2022 budget.

He said except the Central Bank of Nigeria, CBN, would continue to cover financing gaps through ways and means, which he noted had serious inflationary implications. “The macroeconomic outcomes would adversely impact on the exchange rate, leading to further depreciation of the currency.

“Meanwhile, prospective investors in in the downstream oil sector would withhold their investments until the policy environment becomes conducive. Additionally, a major confidence crisis has been created around the Petroleum industry Act as a result of the partial capitulation on its implementation.”

Olufemi Adebayo Adewole, executive secretary, of Depot and Petroleum Marketers Association of Nigeria, DAPPMAN, pointed out that the on-going Russia-Ukraine War had adversely affected the world, including Nigeria and its adverse impact on the international prices of fuel and food supply, have resulted in a corresponding increase in local prices of goods and services.

The DAPPMAN noted that the situation has had its adverse effects on the operating cost of managing the various petroleum products depots in Nigeria.

“You would note that the petrol we supply is sourced solely from NNPC Limited’s marketing subsidiary, Petroleum Products Marketing Company Limited (PPMC) for our onward sale to the public at the regulated price of N165 per litre.

“This purchase from the PPMC is achieved through funds sourced with high bank interest charges, alongside increased costs of hiring vessels utilized in the delivery of fuel cargoes to our depots.

” This is coupled with the intense scarcity of bunker fuel for running these vessels with increase in the cost of diesel used in powering equipment and machineries in our depots and retail outlets,” added the statement.

Offering further explanation, Adewole said that over time, depot owners and the government have struggled to sustain supply of petrol at the current pump price of N165 per litre despite the huge subsidy cost to government and abysmal or no profit margins to the Depot Owners.

However, he said, “But for its suspension, the implementation of the Petroleum Industry Act 2021 would have provided an ideal enabling environment by creating the free market in which demand and supply would affect fuel pump price.”

The Association however assured the public that Depot Owners, working tenaciously in concert with NNPC Limited, through its marketing subsidiary, will continue to ensure availability of products nationwide.

Yusuf added, however, that the economic cost of subsidy is very profound and weighty, creating a conundrum dilemma for government.

“We should expect the cost of funding the subsidy to be significantly higher this year because of the surging crude oil price.

“If the oil price remains high for most part of the year, the subsidy cost could go as high as N5 trillion or even more by the end of the year. This would surely affect funding for critical infrastructure such as roads, railways, healthcare, education, and even security. The petroleum products smugglers, beneficiaries of the fiscal leakages in the fuel subsidy ecosystem and their collaborators, will continue to smile to the banks for the next one year.

“Some states would struggle to pay salaries, especially states that are heavily dependent on federal allocation. Some may have to lay off some of their workforce. Many will struggle to meet their financial obligations as subnationals,” he said.