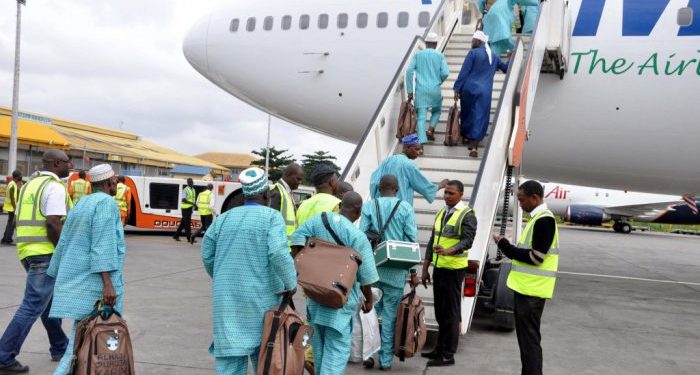 Executive Secretary of Kano State Pilgrims Welfare Board Alhaji Mohammad Abba Dambatta has said Azman Air has airlifted 1,386 pilgrims to the holy land in Saudi Arabia while over 1,000 are still stranded at the Hajj Camp.

Dambatta said 1,000 pilgrims are yet to travel to the Holy land. He said 86 intending pilgrims could not get their visas up till now.

Dambatta said he is confident that despite the obstacles associated with the Air Carrier (Azman Air) in Airlifting the State Pilgrims to the holy land as scheduled, no single pilgrims will be left stranded.

Alhaji Dambatta gave the assurance during an interview with media men in his office on Wednesday in Kano. According to him, 1,000 pilgrims are stranded as at the time of writing this report.

Dambatta explained that despite all the correspondences to allow the state employ the services of Max Air, the National Hajj Commission insisted that Azman Air is the recommended Air carrier.

The Secretary said he had to informed the state governor of the development who went to Abuja and appealed to NAHCON to allow the state patronised Max Air. His request was turned down.

The Executive Secretary, however revealed that since the resolve of the Board with AZMAN Air to continue with the Hajj exercise, so far, it has carried out five trips to the Holy land.

“The first Aircraft carried 399 passengers, the second batch was 97, the Third Batch was 95, while the Fourth batch had 395 and the final batch was 100 passengers on board,” he said.

When LEADERSHIP contacted Azman Air to hear their own part of the story, the general manager of Azman, Alhaji Suleiman Lawan, said they are on top of the situation.

He said they have since communicated to NAHCON on their inability to airlift all the pilgrims from Kano for the Hajj and promised to provide two big aircrafts to help evacuate the stranded pilgrims.