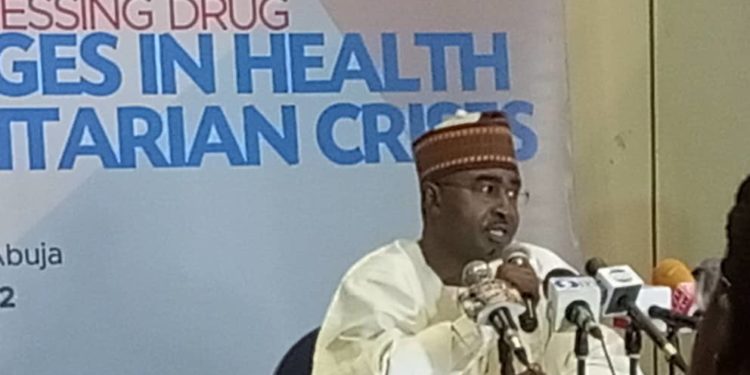 The National Drug Law Enforcement Agency (NDLEA) said about 11,524 drug users have been counselled and treated in 18 months.

The anti-narcotics agency further said in 2021, about 8,000 drug users were counselled and rehabilitated, while 3,523 others were rehabilitated between January and June, 2022.

Chairman of the NDLEA, Brig. Gen. Mohamed Marwa (rtd), stated this while briefing journalists in Abuja as part of a week-long activities to mark this year’s United Nations’ Day against Drug Abuse and Illicit Trafficking.

This is even as the United Nations Office on Drugs and Crime (UNODC) representative in Nigeria, Oliver Stolpe, said about $40million has been expended in 10 years of United Nations and Nigeria’s collaboration to address drug challenges.

He also said based on 2017 and 2018 records, about six million persons living in Nigeria were involved in drug abuse or misuse and called for continued training of teachers in schools to address the challenges.

Marwa, while speaking on NDLEA achievements so far, said the agency has arrested 10 drug barons and convicted one of them within the period under review.

The chairman said: “We are abreast of time and trends as shown by the priority accorded treatment and care. In 2021, about 8,000 drug users were counselled and rehabilitated, in most cases through brief interventions. We continued the effort in the first five months of 2022, whereby an additional 3,523 were also counselled and treated in NDLEA facilities.

“Simultaneously, we have continued to shut the tap of illicit flow of drugs with the arrest of over 17,647 offenders including 10 drug barons between January 2021 and May 2022; more than 2,369 convicted and jailed within the same period while 154,667.339kg drugs have been seized in the first five months of this year alone.”

He also said part of the efforts at tackling drug related issues, the agency will soon announce a toll-free line for the drug users to call in and get the much needed help.

He said: “Similarly, our drug demand reduction department has been galvanised and working non-stop to ensure that the health aspect of the drug abuse calculus is getting adequate attention.

“In the same vein, the agency’s policy of drug integrity test is predicated on getting help to drug users suffering in silence because they cannot seek the needed health treatment due to social stigma and discrimination. This is why in a short while from now, we’ll be unveiling the NDLEA Call Centre that will be manned by professionals and experts in counselling, psychotherapy, psychology, psychiatry and more to offer help to drug users who will make use of our toll-free lines to seek counselling 24/7.

“This will also enable those afraid of stigmitisation to be able to seek help without necessarily being seen or identified by anyone.”

LEADERSHIP recalls that the international day against Drug Abuse and Illicit Trafficking or World Drug Day, is marked on June 26 every year, to strengthen action and cooperation in achieving the goal of a world free of drug abuse.