by . and Salifu Usman
in Sports
0 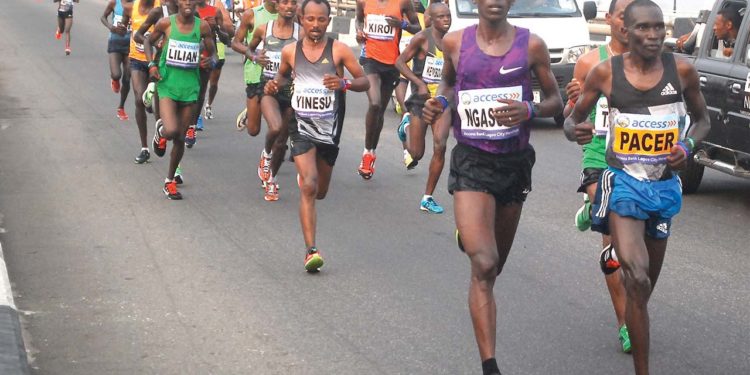 No fewer than 15, 000 local and international distance runners are expected to participate in the maiden Abuja International Marathon scheduled to hold on saturday, December 17, 2022 in Abuja, Nigeria’s capital city.

Speaking at a press conference in Abuja on Thursday to herald the significant milestone event, project coordinator, Mr. Femi Abegunde, said Abuja International Marathon (AIM) aimed to be the first distance race in the world to win the prestigious World Athletics Label after its first edition.

He said they intend to achieve the feat by ensuring that 80% of the 60 elite runners to be officially invited for the race are Gold Label Runners.

According to Adegunde, the 42 kilometer marathon being put together by the Federal Capital Territory Administration (FCTA) in collaboration with Unicentral Resources

Generation Nigeria Limited and Corporate Nigeria will see the winners of the men and women categories go home with $50,000 each, while the first Nigerian male and female runners to reach the finishing lines would also smile to bank with the sum of N3millins each respectively.

The managing director of the Abuja International Marathon (AIM) and CEO of Unicentral Resources, Zsuzsanna Ogunmiloyo, appealed to all residents of FCT and Nigerians, in general, to join hands with Unicentral to make the Abuja International Marathon a world-class race that will sell Abuja and Nigeria to the world as a tourist destination, a place to invest and do business.

She thanked FCT ministers, members of the National Assembly and every stakeholder that has ensured the Abuja International Marathon finally gets a life of its own as it has moved away from being an idea into reality.

Senator Akinyelure said the initiative like the AIM which is guaranteed to raise the profile of Abuja as a city and Nigeria as a whole will be nurtured into a world-class event.

Also speaking at the press conference, FCT director sports development, Lucas Istafanus, said they are delighted about the project and would give Unicentral all the support they need for a world-class event.

He said until now, Abuja was the only capital city in Africa with no international marathon of its own but with the support of the two ministers and other stakeholders, that blemish has been removed.

The director of communication and media Olukayode Thomas said the direct benefits of an international marathon goes beyond the prize money, stating that the FCT stands to gain more than the prize money through the visitors that will throng the Abuja City for the event.

“The event goes beyond prize money as hotels, restaurants, taxi drivers, retailers of goods and other business owners will benefit a lot,”

He disclosed that the New York Marathon alone attracted more than $400million into the economy.

He added that the prize money may not be more than $1million but it brings more than $400m every year.