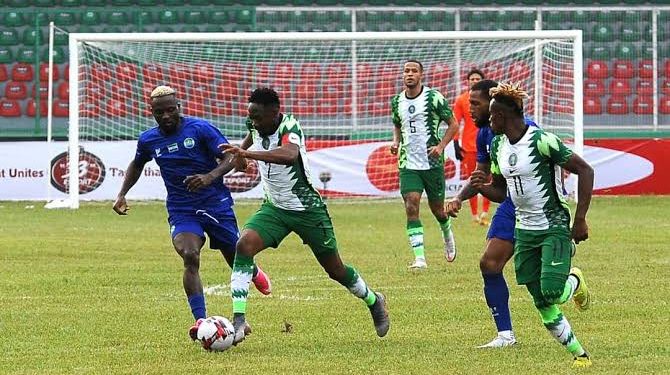 Peseiro guided the three-time African champions to a victory over Sierra Leone at the Moshood Abiola National Stadium on Thursday evening in Abuja.

The former Venezuela coach supervised his third game in charge as Super Eagles head coach, with his previous two ending in defeat against Mexico and Ecuador, during their tour of the U.S in early June.

The visitors took the lead in the 12th minute through Jonathan Morsay, after he caught the Eagles defence napping on the run of play.

The Super Eagles equalise the score four minutes later, after a quick exchange of passes between Moses Simon and Alex Iwobi, which saw Iwobi finding the low corner.

Nigeria continued to dominate proceedings, and thier efforts paid off in the 41st minute when Moses Simon provided the assist once again for Victor Osimhen to head home.

The Super Eagles will play thier second Group A 2023 AFCON qualifier match against Sao Tome and Principe, on June 13 in Morocco.

2023: Tinubu’s Victory, A Deserved Reward For Years Of Investment – Ajaka