by Iniobong Ekponta
in News, Politics
0 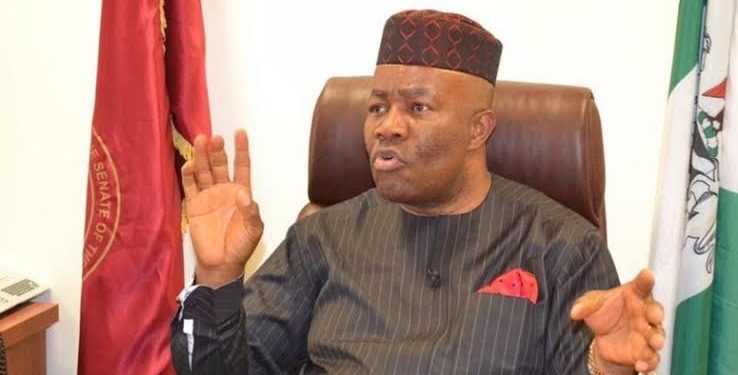 It was at a re-run senatorial primary election held at the Skill Acquisition Centre in Ikot Ekpene local government area of the State, where Akpabio polled 478 votes to defeat a  former Deputy Inspector General  (DIG) of Police, Udom Ekpo Udom, and  Engineer Joseph Akpan, who polled three and one votes respectively.

The state chairman of the party, Obong Stephen Ntukekpo, explained to party delegates that the fresh election became necessary following an order by the APC National Working Committee (NWC) to cancel the earlier exercise of May 28, 2022, due to security infractions.

“The re-run of the Akwa Ibom North-West senatorial primary of our dear party was ordered by the NWC of the party as a result of the cancellation of the last primary, which took place on the 28th May, 2022, due to security infractions by some hoodlums.

But before the commencement of voting, former member House of Representatives, Obongemem Ekperikpe Ekpo, announced his voluntary withdrawal from the race and urged all his delegates to cast their votes for Senator Akpabio, whom he described as “my leader and mentor”.

Addressing the delegates, Senator Akpabio thanked the delegates for trooping out in their hundreds to cast their votes for him, assuring them that “my return to the Senate in 2023 will bring in more infrastructural  development, human capital development, youths and women empowerment.”

Announcing the results of the exercise, which was witnessed by officials of the Independent National Electoral Commission (INEC), the Police and other relevant agencies, the Returning Officer, Mrs Bunmi Imolehin, declared that “total registered delegates were 540 but only 512 delegates were accredited, while 11 votes were void votes.”

Meanwhile, Ekpo Udom has described the exercise as “totally shambolic and against the provisions of the Electoral Act” and urged the national chairman of APC, Abdullahi Adamu, to sanctiion Akpabio and ignore the results, alleging that Akpabio only bought the presidential form and not the Senate.