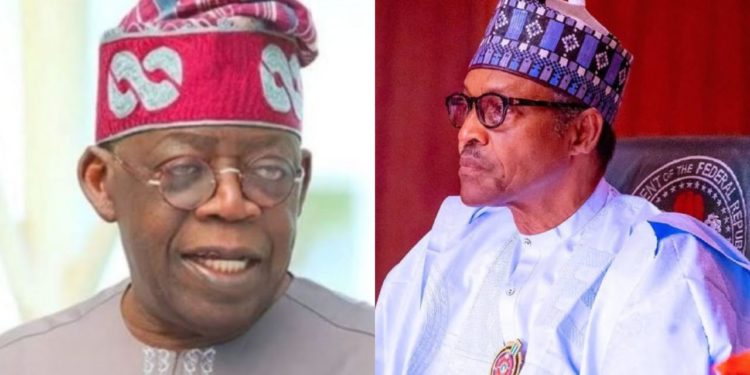 President Muhammadu Buhari and the presidential candidate of the All Progressives Congress (APC), Asiwaju Bola Tinubu are expected to attend the party’s mega rally in Ekiti State ahead of the June 18, governorship election in the state.

Ekiti State Governor, Dr. Kayode Fayemi, who made the disclosure in Ado Ekiti, the state capital on Thursday said President Buhari and Tinubu alongside APC governors and party chieftains from across the country would be on ground to canvass for votes for APC candidate, Mr Biodun Oyebanji.
Fayemi, who spoke while being welcome back to Ekiti after his participation in the party’s presidential primary said the governorship poll will be used to open the window of victories for the presidential candidate of the party, Tinubu in the 2023 election.

The governor who stated that he stepped down from the race for Tinubu to preserve and fortify Yoruba’s unity and cohesion said the party was resolute to deliver Ekiti to APC to send a signal that Tinubu is well fortified to win the 2023 presidential poll.

The presidential aspirant who posited that the success of the shadow election, had proved the bookmakers and naysayers, who predicted doom for APC wrong, said, “I never knew this would happen to welcome me back home. They may say Ekiti people are stubborn, but we are very honourable.
“From next Saturday, we will continue to see the effect of my action. Asiwaju’s winning will begin from Ekiti and Osun governorship elections. Before 12noon on June 18, news will be filtering out that Biodun Oyebanji has won. Those who hate him are now getting weary.

“By Tuesday next week, the Presidential candidate of our party and incoming President, Asiwaju Bola Ahmed Tinubu and the outgoing President, Muhammadu Buhari, governors and bigwigs in APC will be in Ekiti during the grand finale of our party to mobilise for Oyebanji.’’