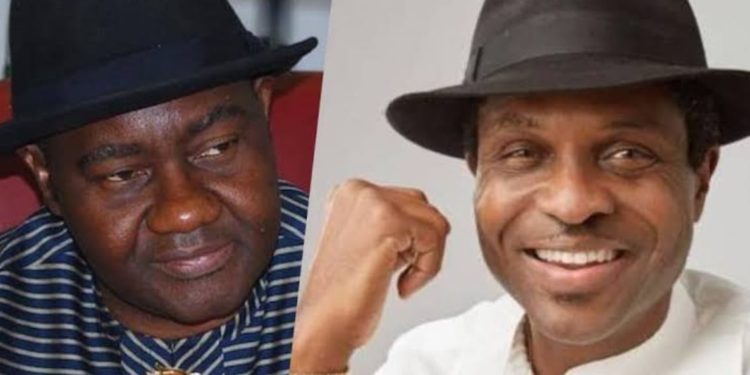 A one-time Senator representing Rivers South-East senatorial district in the National Assembly, Senator Magnus Ngei Abe, has vowed not to support the governorship candidate of the All Progressives Congress (APC) in Rivers State, Architect Tonye Cole, in the 2023 governorship election.

Speaking in an interview on Channels Television, which was monitored in Port Harcourt, Abe said he does not recognise Cole as the APC governorship candidate in the state.

The former senator, who denied rumours that he planned to dump the ruling national party, however, insisted he will be on the ballot ahead of the governorship election.

He said: “Cole has not contributed anything meaningful to the party and has corruption allegations hanging on his neck, so is not fit to be the APC candidate for the election. No, I will not support Tonye Cole. I think that is clear to everybody.

“I am not part of how he became a candidate, he has not been part of our party to my knowledge, and he didn’t contribute anything to the establishment of the party. He has no record of service to our state.

“There is an allegation that over $55 million of Rivers State Government money was transferred to him by Rotimi Amaechi in a government in which I served and I didn’t even know about it.

“So how will I now go and support such a person to now take over the Government of Rivers State?”