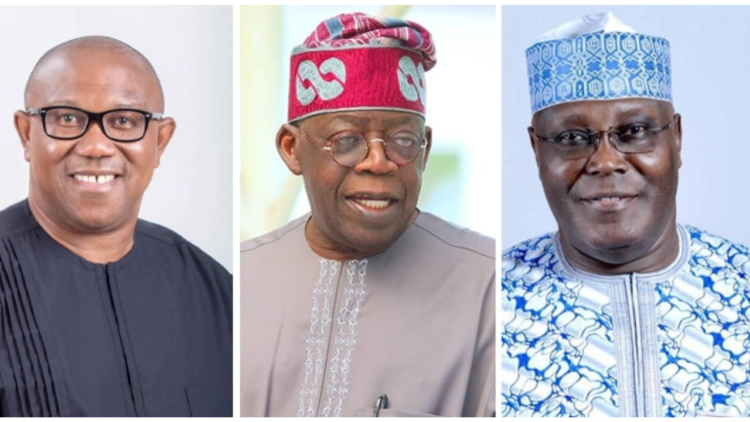 Some Nigerians in rural areas in a new poll have declared that issues of insecurity, unemployment, weak economy and bad governance would largely influence their voting choices ahead of the 2023 presidential poll.

The poll by a policy think-tank, Nextier, largely entails a face-to-face poll of registered voters in rural communities in 12 states in Nigeria.

Overall, polling on voting intention shows Peter Obi leading with 40.37 per cent of the survey respondents, with Atiku Abubakar at 26.7 per cent while Bola Tinubu is at 20.47 per cent.

The regional view provides a clearer definition of survey respondents’ voting preferences. Atiku Abubakar leads in North West with 59.8 per cent and in the North East with 50.3 per cent, with Bola Tinubu as second in those regions with 25.4 per cent and 27.2 per cent, respectively.

Peter Obi leads in the North Central with 59.8 per cent, South South with 67.3 per cent, and South East with 94 per cent.

The South West is the most contested region, with Bola Tinubu leading with 37.4 per cent and Peter Obi in second place with 24 per cent.

About 19.8 per cent of the surveyed voters in the region are still undecided on their preferred candidate. Also, on the ‘net favourability’ index, Atiku Abubakar is at +17.3 per cent, while Bola Tinubu follows at 4.98 per cent. Peter Obi garnered +30 per cent, while Rabiu Kwankwaso of the New Nigeria Peoples Party has the least net favourability among the four leading candidates at -8.70 per cent.

A study of results obtained from recent opinion polls conducted among registered voters in rural communities across the country showed that eight of 10 respondents (83.16 per cent) insist on not changing their minds before the polls.

The survey defines rural communities as local government areas without tertiary educational institutions. The researchers intentionally excluded state capitals and other urban areas, which other recent surveys had concentrated on.