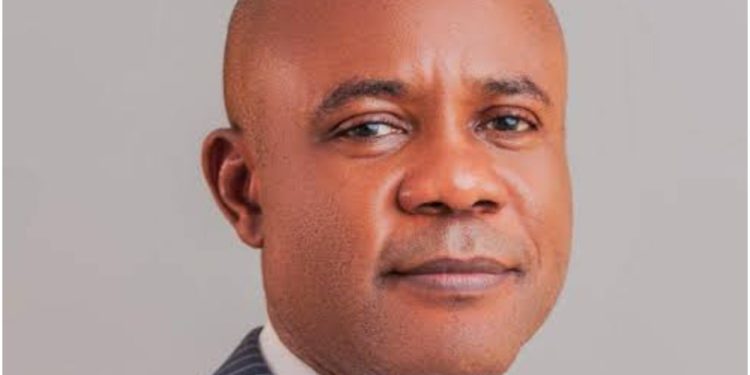 The Peoples Democratic Party (PDP) standard-bearer in the forthcoming 2023 governorship election in Enugu State, Barrister Peter Mbah, has promised to uplift the living standard of the citizens of the State through the implementation of socio-economic programmes if voted as the next governor of the state by the electorate.

The former Chief of Staff to former Enugu governor, Chimaraoke Nnamani, who disclosed this in an interactive session with journalists in Lagos, said he left his comfort zone in the oil and gas sector to politics to be able to bring the greatest good to the greatest number of people still living in or at the edge of poverty in the state.

Mbah, who also served as commissioner for Finance during the administration of Nnamani, said he will be unveiling his manifestoes and development blueprint that would make the state one of the most economically viable states in the country, to the electorate in the state very soon.

Aware of the importance of finance in the implementation of government policies and programmes, the outgoing founder and chief executive officer of Pinnacle Oil and Gas Limited, an indigenous oil and gas company, said his administration, when voted to govern the state, would give priority attention to growing the economy of the state.

Hinting on his development programme for the state, Mbah said the urgent need for development of infrastructure in the state cannot be over emphasised.

He said, ‘’Becoming just an oasis of peace in the eastern region of the country is not enough because you cannot be an island. It is my hope that we are going to be able to work together with other chief executives in the region to ensure that the bordering states whether it is Anambra, Ebonyi, Abia and Imo states are well connected and in peace, we are going to ensure that there is regional integration in the region.

‘’I hope that in a few weeks’ time when we unveil our manifestoes and development blueprints, you will be led into what we want to do. Actually there are two documents that we have. One is the manifestoes which speaks to our short to medium term plans, we also have the development blueprint that speaks to a 24 -year development programmes that we have designed for the state and that includes others states in the South East, so a whole lot of work has gone into that, we actually went granular to touch everyone, you will appreciate the granularity and we are clear about the execution, we have strong plans for regional development and we are going to be unveiling it soon.’’

He added that he has been in the forefront in the development of the state saying, ‘’Before now I also ran a foundation, the Peter Mbah Foundation, the foundation has intervened in a lot of communities in Enugu State. We have done a whole lot, we have built hospitals, we built a 40 bed hospital , these hospitals are functional and we continue to make sure that anyone that is sick is treated whether they have money or not and we are servicing a whole lot of communities. We have created access to quality healthcare.

‘’Through the foundation, we have built roads, engaged in education where we ensure that indigent students are able to pay for the West Africa Examination Council (WAEC) examination fees. Those who could not go to school , we provided them funds for them to continue their education. In all of these adopted community based strategy, we go to those communities we asked them what they need and we intervene in those their priority areas.’’