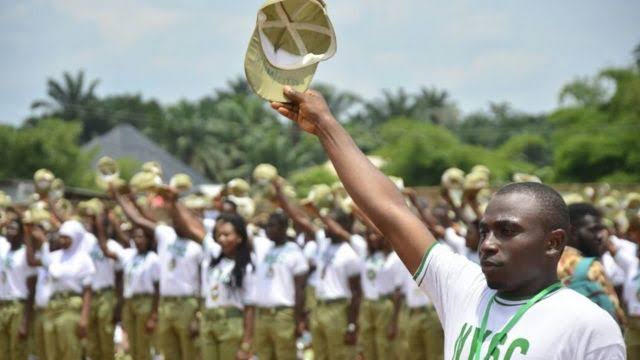 In their bid to mobilise over 60 million young Nigerians to vote in the 2023 general elections, the United Nations Development Programme (UNDP) and Yiaga Africa have taken the campaign to the National Youth Service Corps (NYSC) orientation camp, Kubwa Abuja.

Speaking to Journalists during the campaign at the National Youth Service Corp, NYSC, orientation camp, in Abuja, the Senior Research Officer, Yiaga Africa, Micheal Agaba, said the campaign which was supported by United Nations Development Programme, UNDP, was aimed at the youths, particularly corp members on the imperativeness to participate actively in the democratic process by collecting their permanent voter cards and ensuring that they participate in the 2023 general elections.

While noting that the campaign came on the heels of poor statistics of youth participation during previous elections, he said its target is to mobilize about 60 per cent youths to vote during the 2023 general elections.

“We want to see 60% of youth turnout in the 2023 election. Right now, we are talking to the NYSC people because we know that some of them are going to be used as presiding officers, some assistant presiding officers on election day. And you know, part of the reason that we had low turnout in our elections before is because people do not have confidence in the electoral process, ” Agaba said adding that “We want to tell the corpers that some of them are going to be used as corp members. They need to show integrity; they need to be accountable, so that the results can count from the following units, and when these results count, of course, you know, people will have more confidence so as we’re telling them, we’re expecting them also to take the message to wherever they’re going now that the CVR registration process is over so that people can come out to collect your PVC.

On his part, Chucks De General, said that he is duty-bound to use entertainment as a tool for sensitizing young Nigerians to participate during the 2023 general elections, adding the youths have the numeric capacity of deciding who would emerge Nigeria’s President.

“We have come to a point where we realised entertainment became the best way to communicate to young people. So, when you come and say something on TV or radio and you didn’t mix it with some things they are used to, they may hear and understand, I respect that, but they may not get it exactly the way you wanted them to get it.

“When it’s time to vote, we need everyone to come out and vote. I read the statistics of the last election, and I realised that we were about 40/50million youths who would preside over 200 million people. People are not coming out. I am praying for about 80%. But, if 60 percent of Nigerians youths come out to vote, the young people will have the ability to decide who will govern us, ” he added.