Niger State deputy governor Ahmed Mohammed Ketso in this interview with ABU NMODU speaks on the chance of the All Progressives Congress (APC) to win the presidential election and other national issues.

by Abu Nmodu
in Politics
0 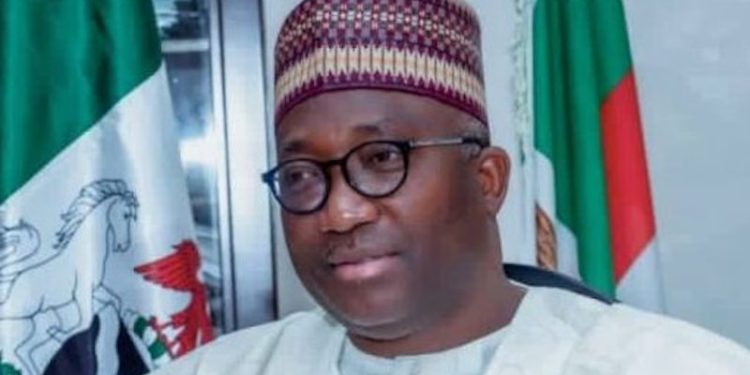 You contested the Niger State governorship primary election but did not emerge as winner. What is next for you?

The most important thing is that whosoever is aspiring for any position within his own political party is strengthening the party. By contesting he avails himself to the people to choose him. They either choose him or not. The most important is that the  process is well established and strictly followed. So, I didn’t consider my loss as anything because I added value. I am a founding APC member. We started APC. Every politician should have Plan A and B. I have a brother and friend who won the primary election. My plan B was either I win or he wins and I think my plan worked. He is Hon. Umar Bago. So, the most important thing I need to do now, which is my usual work, is to start the reconciliation process. We have to bring all those who participated in the primaries at all levels including, the three senatorial districts as well as gubernatorial aspirants on board. We have to reconcile ourselves and be united to make APC stronger.

With Umar Bago as the flag bearer, what is the chance of the APC in Niger State?

Well, I don’t want to be selfish. I want to say it as it is. In APC, we have to start looking backward. The emergence of APC in 2015 was not a miracle. You may ask anyone in the state including my boss; I am among those who initiated the APC in Niger State. I was part of those who brought  the political strategy that led us to victory in the state. And we have been in the government for seven years now, so we have gathered so much experience and the membership of APC in Niger State has increased. We never looked down on any political party and we will not; each of them has its role to play and they have their own strategies too. But the most important thing now is that APC will win the governorship and presidential and a lot of State House of Assembly and House of Representatives seats in 2023. It is a very simple calculation. After the reconciliation process, we will consolidate, chart a course and map out a strategy that would lead us to victory. It is not easy but we are sure of the victory because the person that won the governorship primary election is a young politician and a founding member of the APC. And he has all it takes to pilot the affairs of this state. So, I am confident and I am ready as the deputy governor of Niger State and as a politician to lead the reconciliation and also to champion the campaign that would lead APC to victory in 2023.

As the chairman of the reconciliation committee, what are the practical steps you are taking to achieve full reconciliation because some aspirants and their supporters are not happy with the outcome of the primaries in most constituencies. We read letters of complaints on a daily basis on social media and other platforms?

First, the practical step we are taking to ensure the proper reconciliation is to identify the problems. What were the challenges? What are the problems after the primaries? How did the candidates of various local governments or constituencies or senatorial or federal constituency emerge? What were the processes and were the processes strictly followed? Is there anyone that is contesting the process that is faulty? When we identify some of these areas, we have to take them one after the other and ensure that the people who participated in the process, first of all, agree that the process was not faulty. We will also make them see reasons why they lost in the elections. Once we are able to identify some of those reasons, it will give the reconciliation committee an in-depth knowledge on how we are going to approach the reconciliation.

Secondly, we will make them know the importance of investing  in the party through participation in all the electoral processes which led to the primaries. And they ought to know that they have added value to the party, they have added value to their constituents and their constituencies and Niger State at large because even purchasing the form alone is a value addition to the party. If all the electoral processes were strictly adhered to, we have everything it takes to have the proper reconciliation done. But we cannot go to reconciliation without identifying these challenges. The victory of this party is paramount to us because we don’t have another party.

We are going to engage the people that were directly involved and their followers because some aspirants who I met said they did not have intention of contesting but people asked them to contest. So, even when you tell them to withdraw from the contest, it was very difficult for them because it would have a political backlash. So, when you check some of those local governments, the process might likely be faulty either by way of commission or omission. As for the followers, we will have the opportunity of interface with them so that they will have a sense of belonging. What we will be mindful of at the end of the day is to have the report of the reconciliation so that what happened in the past should not repeat itself in subsequent primary elections because that would create a strong base for APC.

Has your loss affected your relationship with your boss?

There is a difference between my relationship with my boss and my contesting the governorship or My boss came to meet me in politics. I started my political career almost 31 years ago. My first contest was in 1993 under the SDP as a councilor. In 2007, I also contested for the State House of Assembly in Mokwa local government; in 2011, I also contested for the House of Representatives for Mokwa/Edati/Lavun Federal Constituency up to the general election. And I have been in the APP to ANPP. In fact, I led the merger process of ANPP to APC in the state. So, I contested because it has come to my zone and ordinarily, if not because the governor, my boss, wanted to give fairness to whosoever that aspired for this position, I could have had a right of first refusal, having been in the government for seven years and the for the governorship has being zoned to my geo-political area. It was my choice to contest and I informed him, in as much as he never said he had a candidate. So, I have availed myself to people and I contested. So, in between the contest and my relationship with him are two different things. The contest has to do with my future political aspiration and my relationship with him has to do with being his deputy governor. So, I feel fulfilled that I aspired to be number one citizen of Niger State. As a deputy governor, I have never shied away from my  responsibility, I have handled tough assignments; that was why the governor gave me the name “Mr. Fix”. So I contested and I lost and that is why every politician should always have his plan B because that is where you are going to face your consequences. So, our relationship is very cordial.

What is your plan B?

My plan B is to ensure that the APC wins in Niger State. So, Umar Bago who won in the primaries is my plan B.

But do you think Umar Bago has that statewide popularity to make  APC retain Niger State?

It is no longer about him now. Having won at the primaries, it is  no longer about him alone; it is about us and it is about the APC as a party. He has won the primaries, so he is our gubernatorial candidate. So, we have rally around him to make sure that the victory becomes ours. If he wins, the victory is not about him; it is about all of us as APC members. So, it is a collective responsibility that every party member must have to work hard to make sure that APC wins elections at all level. So, he is just the gubernatorial flagbearer; he alone cannot do it. It is a team work and the process that would lead us to victory was what I told you before – reconciliation.

Was Tinubu’s emergence as presidential flagbearer of the APC the expectation of Niger State and what are his chances in 2023 in Niger State?

I, as deputy governor, started working on Tinubu’s ambition three years ago. But you know as a deputy governor, there is a limitation to what you can do because as the 48 powers of politics put it – you don’t outshine your master. So, I have to work underground, using some of my people and to allow them to participate in the process. And Tinubu’s emergence as a flagbearer has made our work easier for various reasons.

First, there is no anywhere in Nigeria that you mention Tinubu, they don’t know him. There is no APC member today, where we have over 40 million members who will not appreciate Tinubu. Tinubu was instrumental in the APC merger. It is not a story; it is something that every member of APC knows. So, as young politicians he is the person we looked up to as the flagbearer. And the next step that we are going to adopt now is to set up a strong team at the state level for our gubernatorial candidate and so also for Tinubu’s presidential election. The kind of success that we are expecting in terms of the people that would come out enmasse to vote for him would be more than when President Buhari contested.

Citizens complain about insecurity and economy in Niger State and Nigeria as a whole. Do you think your party has what it takes to maintain dominance beyond 2023 against the backdrop of your performance in office?

Tinubu would deal decisively with insecurity; that is our conviction. When you check his antecedent, being a former governor of Lagos, check the Lagos economy, he has transformed the economy of Lagos. And one of the things that he did again for his ability to establish continuity in governance in Lagos.

And from his comments, he has said that he will assemble the best brains who can do good work for Nigeria. In terms of the security, he will not tolerate these killings just as President Buhari is doing his best. And in terms of unity of this country, he cannot compromise the unity and security of Nigeria. Therefore, APC took the right decision by giving him the ticket. There was no anointed candidate, no consensus; it was a free, fair and credible primaries. And Northern governors took the right decision because we want to know who will not compromise the security and unity of this country.

What is your advice to your party members as you move towards the critical electioneering period?

Do you think APC will have the opportunity to rule Nigeria for as long as PDP did between 1999 and 2015?

Power belongs to Allah. But the victory based on what we have seen so far, by this primary election that was conducted at the national level, has given APC 50 percent victory. So, we have the rest of 50 percent to work on and when we get at least 20 percent added to the 50 percent, APC will win.