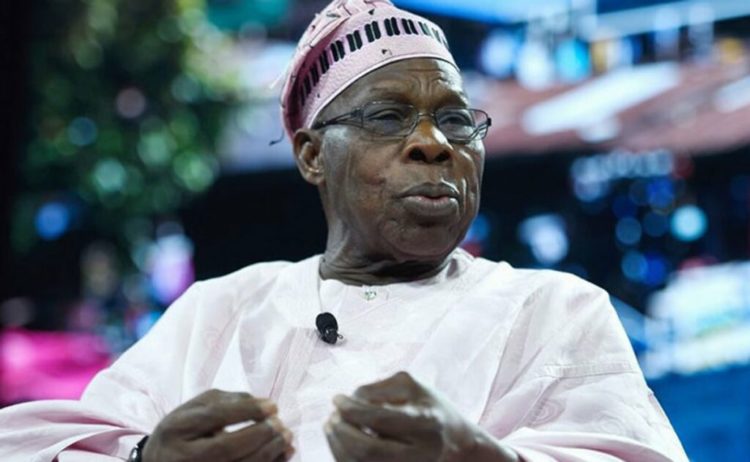 Former President Olusegun Obasanjo yesterday warned that the almost 20 million out-of-school children remain a fertile ground for breeding another insurgency in the country in the future.

Obasanjo gave the warning during the opening of a two-day national summit on Tertiary Education Reform organised by the Office of the Speaker of the House of Representatives, Hon. Femi Gbajabiamila.

The former president insisted that no Nigerian child should be denied education for lack of means to do so.

“If we do not get them back to school, we are preparing for Boko Haram of tomorrow.

“We must find a solution.  So, what are the issues? The issues to me are that we are cutting more than we can chew. Who is looking at our population ahead of time, five years from now and ten years from now, and what can we do about it? And apart from the very important food, who are the people thinking about that and working forward on that? After food and after health, the next important aspect of our life is education. No, if this is the position and these are rights that we must have, what do we do? We know that if we continue the way we are going, by the year 2030, 2040, 2050 what our population would be,” he said.

The former president stated that, “We have to think about it and how we would sort it. And I believe that you asked where did we miss the road? We missed the road when the whole world is talking of education for all and we did not follow that. It was bad news. Today we have 20 million out-of-school children. Almost 10 per cent of the population. We continue to miss and we are still missing. That is a very bad one. Can we do anything about it? I believe we can.

“Those 20 million children that are out of school, we can get them back to school. If we do not get them back to school, we are preparing for Boko Haram tomorrow. It will happen as sure as daylight. What can we do where are these 20 million children? Where are they located? Can we have schools in the morning and afternoon to get them in at least for six years? In six years when this is happening, we would prepare for the transition from primary school to secondary school. And if we can do that, we have started the process of lifting education, an instrument of nation-building.”

The speaker of the House, Hon. Femi Gbajabiamila, who stressed the need for human capital development, said the nation’s greatest resource was its people.

He said the summit was the manifestation of the commitment in the 9th House of Representatives to engender a national conversation to consider bold ideas and radical innovations to restructure and reform public tertiary education in Nigeria.

“The nation’s greatest resource is not the oil that flows through our deltas nor the abundant minerals that lie underground in every corner of our country.  Our most incredible resource has always been the Nigerian people.  This immense collection of tongues and tribes, bound together under one flag, striving through adversity and achieving despite every obstacle.  As we are gathered here this morning, our cause is more than to seek solutions to the challenges of tertiary education in Nigeria.  In fact, we are here today on a mission to save Nigeria.”

He said for Nigeria to reach its potential and achieve the greatness it is capable of, it must invest in the people

Meanwhile, the president of the Academic Staff Union of Universities (ASUU), Prof Emmanuel Osodeke, at the summit advised the Nigerian government to jettison the idea of floating a student loan as alternative funding for the universities.

Osodeke also said charging exorbitant fees at the universities would put pressure on Nigerian parents and deny their wards access to university education.

“The students are already paying too many fees in the universities. They cannot be made to pay more,” he said.

He said the government needs to invest in the welfare of lecturers and inject funds into the education system to improve the system.

Osodeke also noted that there is a systemic problem in Nigerian universities which has nothing to do with funds.

Also at the panel discussion, the minister of works and housing, Mr Raji Fashola, said tertiary education was a concurrent activity.

He said only the federal government should not be allowed to fund education.

For A Sustained Fight Against Oil Theft