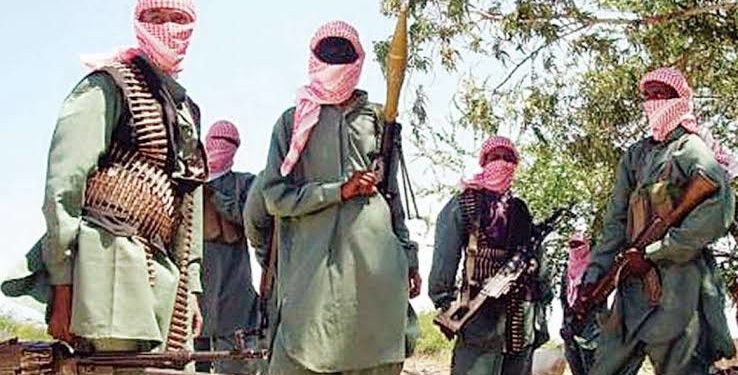 The deadly rival clash between the Islamic State of West African Province (ISWAP) and Terrorists of the Jamā’at Ahl as-Sunnah lid-Da’wah wa’l-Jihād, also known as Boko Haram, has resulted in the death of 18 ISWAP fighters and three fighters of Boko Haram in Borno State.

Report obtained by Zagazola Makama, a counter-terrorism expert in the Lake Chad and made available to our correspondent, showed that the ISWAP terrorists on five guntrucks and motorcycles attacked Boko Haram acclaimed Chaliphate in Gazuwa village on Thursday, June 30.

The caliphate formerly known as Gabchari, Mantari and Mallum Masari, is located about nine kilometres from Bama local government area of the State.

The intelligence report added that the attack triggered a fierce gunbattle between the terror groups, which lasted for about three hours.

The sources said that the Boko Haram faction later overpowered ISWAP, and killed 18 of them and recovered three of their trucks, while other terrorists on two trucks and motorcycles took to their heels.

“Three Boko Haram terrorists were also killed while many others were injured in the coordinated attack.

“The intensified bloodbath in the two terror camps and the Nigerian Military’s onslaught has resulted in massive displacement of the fighters and their families, with many of them relocating to a more safer hideouts in the axis of Kala-Balge in the South of Borno State,” the intelligence source added.

7 Incredible Health Benefits Of Strawberries And Why You Should Eat More... Click Here For Details
Tags: ISWAP
SendShareTweetShare
Previous Post