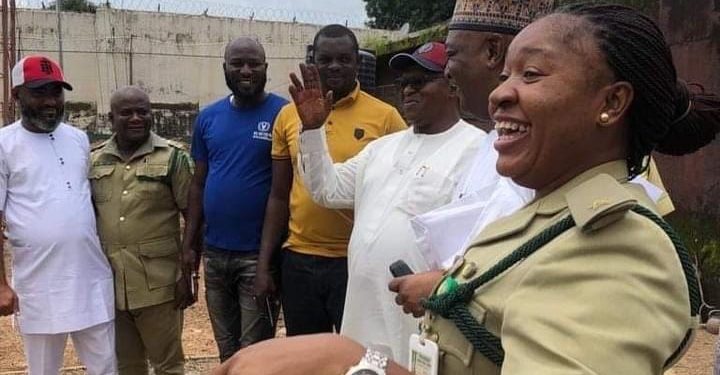 Four months after the duo of former governors of Plateau and Taraba States, Joshua Dariye, and Rev. Jolly Nyame, respectively, were granted state pardon by the National Council of State chaired by President Muhammadu Buhari, respite has come their way as the authorities of the Nigerian Correctional Service (NCoS) has finally released them.

Apart from the duo of Dariye and Nyame, who were released at about 11:30am from the Kuje Medium Security Facility in Abuja, on the order of the Controller-general of Nigeria Correctional Service, three other affected inmates from the Suleja Custodial Centre in Niger State were also released.

The lucky five were among a total of 157 inmates, who were pardoned by the National Council of State.

Efforts by LEADERSHIP to get detailed information about the identities of the three inmates released from the Suleja Prison proved abortive, as they were said not to be highly placed in the society.

It was, however, gathered that their release was sequel to the formal receipt of the letter of clemency from the Presidential Prerogative of Mercy Committee, by the controller-general of  NCoS,  Haliru Nababa.