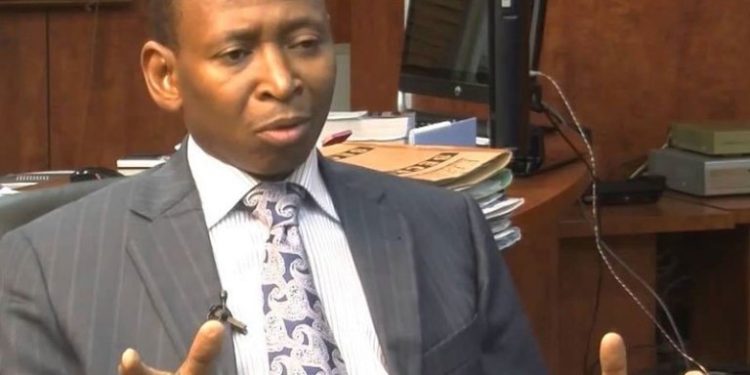 This is what the EFCC had to say about the case in spite of the magnitude of the accusations and the possible breach of trust committed by one of the highest public officers in the land. All of the country’s finances not only pass through his office, state governments and their local government counterparts are dependent on the Office of the Accountant General of the Federation for their funds.

In response to this horrendous development, the presidency simply appointed a replacement, Mr. Anamekwe Chukwunyere Nwabuoku ‘to oversee the Office of the Accountant-General of the Federation, pending the outcome of the EFCC investigation of the suspended AGF, Ahmad Idris,’
Yet, in our estimation, the amount allegedly misappropriated by one public official is more than many local governments and even states earn from the federation account in a single year. According to the allegations by the EFCC, the AGF siphoned the funds through bogus consultancies and other illegal activities using proxies, family members and close associates. The funds were laundered through real estate investments in Kano and Abuja.

In our considered opinion, much as this case is still under investigation, the EFCC needs to be more transparent about the allegations made, particularly where those monies came from. Were there budgets that streamlined expenditure profiles and were those profiles adhered to?
It is, indeed, intriguing that money meant for both the federal and state governments could be spent without due consent. This has been the point of contention between the states and the federal government that has created room for this kind of gargantuan corrupt practice. Calls have consistently been made by state governments for constitutional amendments that would separate the Office of the Accountant General of the Federation and that of the federal government. In the light of recent events, these calls appear justified.

In the past, the Auditor General of the Federation also raised concerns about practices in the Accountant General’s office that were in breach of the law. The 2019 audit report accused the Accountant General of the Federation of failure to comply with extant regulations on approval of the federal government’s consolidated financial statement.
The report said the Accountant General of the Federation was the only officer of the federation that signed the consolidated financial statement of position and he did so without indicating his Financial Reporting Council registration number. It also revealed that the Minister of Finance, Budget and Planning did not sign the statement nor did she include her Financial Reporting Council registration number.

This time last year, members of the National Assembly were also at loggerheads with the Accountant General’s office over the whereabouts of some money. The AGF reportedly failed to give account of €5 million missing from the treasury when he was questioned by the House of Representatives Ad hoc Committee on Assessment and Status of all recovered loots, movable and immovable assets. The money was recovered from officials who allegedly looted the treasury and from sale of government assets between 2015 and 2020.

It is our view that so much is at stake in this one case because it exposes serious failings in how public funds are managed in Nigeria. It also serves as an indictment of the Minister of Finance considering that this happened under her watch. It should also be of particular interest to the Office of the Auditor General of the Federation which is mandated to raise the red flag when there is need as in this case. But it is also an indictment on civil society groups and even the media who have all failed the Nigerian people by not holding public officials to account and asking the right questions about the country’s finances.

Much as we are against media trial of suspects, it is imperative that the EFCC provides more details about this case and not simply sweep it under the carpet. There needs to be more clarity about how this could have happened. And if the EFCC cannot provide the needed details, then the presidency, the finance minister and even members of the National Assembly, who are saddled with oversight of the executive, owe it to Nigerians to provide these answers.