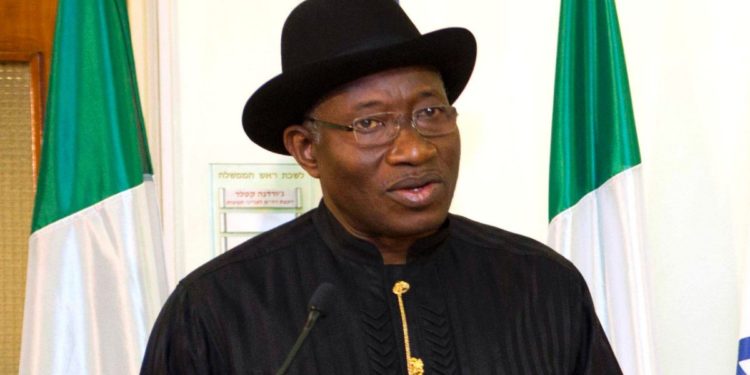 It is good to step out of one’s usual habitat once in a while in order to be able to properly digest happenings back home or, indeed, around the world. The week just ended has paid its dues to history. From my location in Dar es Salaam where the 2022 conference of the African Public Relations Association (APRA) held, the cascade of events and occurrences around the world hit one differently, like the dissimilitude between being hit by a brick and being struck by a water cannon.

Watching the drama of Senator Okorocha’s arrest by the EFCC had all the elements of Nollywood, except that it made you wonder what somebody had smoked to demonstrate so much illusion of grandeur. The video clips streamed live only helped to diminish the man. If you were scrutinising everything from comparatively sedate Dar, the idiocy comes into sharper relief.

Many people did not see the resignation of leading PDP presidential contender, Peter Obi, coming. He has since cast his lot with the Labour Party. Ordinarily, that ought to be a masterstroke. The Labour Party should be congratulated for teaming up with others to engineer a grand alliance to make the presidential contest a three-horse race instead of a relay between the APC and PDP in which candidates are freely swapped. Doesn’t the theatrics attending the recent purchase of presidential application/expression of interest forms show the levity with which the destiny of the nation is treated by politicians?

The Labour Party has the potential to become a big party if it properly harnesses its human and material resources. In an issues-based contest, the Labour Party is better placed than most to articulate the way forward. So far, it has not yet adequately milked the yawning possibilities open to it. Perhaps with an articulate Peter Obi in its corner, it can begin to live up to its potential. Suffice it to say that if the ACN, ANPP, CPC, N-PDP, and a faction of APGA could wrest power from the ruling PDP in 2015, so can another coalition. I am delighted that Obi has not allowed himself to be frustrated out of his desire to contribute meaningfully to the rebirth of Nigeria.

This won’t be the first time attempts would be made to form a Third Force in Nigeria’s political contestation. Previous attempts floundered because of problems associated with contending egos and a lack of ideological clarity. The current attempt is being planned to navigate the slippery issues by focussing mainly on issues such as the Labour Charter of Demands, the EndSARS Youths’ Demands, a Constitutional Referendum for Nigeria and other such issues whose resolution could help steer Nigeria away from disintegration.

They deserve all the goodwill they can get. So does Dr Goodluck Jonathan deserve your prayers for his seeming inability to shake off those insisting on making a president of him all over again. In my neck of the woods, when you become a king, you stop using good luck potions lest you are accused of aspiring to become God.
Farther afield, thousands of miles away, thunder has struck at the same place yet again as the US grapples with its insane refusal to control access to military grade weapons. In two weeks, two 18-year-olds decided to depopulate their immediate space — and they did exactly that. The first one in Buffalo, NY, was inspired by racism. The shooter wanted to kill as many black people as possible because he had been socialised to believe the White Replacement theory spun by whites and propagated by racist media like Fox News.

The theory is founded on the belief that government officials are actively trying to replace white Americans with immigrants for election purposes. This theory had existed in white nationalist circles for decades but has recently gained traction among mainstream conservatives through advocates like Tucker Carlson.
The Buffalo shooting suspect left a visible trail online. A more diligent monitoring of hopeless individuals like him would have exposed him before he carried out his crime. According to the co-founders of The Violence Project, James Densley and Jillian Peterson, “Usually what’s motivating these shootings is a element of self-hatred, hopelessness, despair, anger, that’s turned outward to the world,” said Densley, who is also a sociologist.

The shooters were both 18 and male. Salvador Ramos was 18 years old and a high school dropout. Payton Gendron, is also 18, and white. Police had been invited last year when he threatened his high school. He was a human bomb waiting to be detonated.
Peterson argues that 18 is a delicate age for possible psychological crises. “We know that 18 is this kind of fragile age, this kind of coming of age where people tend to have mental health crises, or they may feel suicidal,” she said. In her considered opinion, the shooters have “the desire to have that pain, and that anger be known to the world, to have us all watch and witness it, to hear their names, to see their pictures, to read what they’ve left behind for us to read.”
But if the history of such violence in America is anything to go by, nothing concrete will be done to restrict access to such military grade weapons like the AR-15. The conservatives and ultra nationalists are persuaded that they need to amass as many lethal weapons as possible to deter attacks by phantom blacks or foreigners who they imagine are being brought into the country as replacement for whites.

CNN reports that Replacement Theory “is the product of a strategy by wealthy White nationalists to enter the mainstream.” It is based on ideas — honed over decades in the racist publications and conferences they funded — that stayed mostly on the margins until 2014, when through a strange twist of events it crashed into the internet’s biggest meme factories.
Since then, it has been the stated motivation of mass murderers, and it is why White supremacists were chanting, “Jews will not replace us,” at the 2017 Unite the Right rally in Charlottesville, Virginia.”
It is not a coincidence that the descendants of former slave owners in America still want to exert similar advantages their forebears had over those they forcefully enslaved. Their reasoning seems to be that unless they have unfair advantages which are violently enforced, they will not survive.
Little wonder, the United States has more guns in circulation than its population.
It is not the fault of blacks that white people have chosen to have fewer children due to the increasing strain of individualism. It is only a matter of time that the demographics will change. No matter how contemptuous one is of mathematics, the racial/cultural group that makes more babies will eventually outnumber the one that does not. Pure common sense.

But it’s not that simple for the racist whose major prop is hate. He hates Jews. He hates blacks. He hates Latinos. Eventually, because he lives such a joyless life of dark thoughts; because he inhabits the arid desert of bone-dry revulsion without the slightest dew of either remorse or human empathy, he is trapped in a very lonely world even if he is constantly in a crowd. The internet has now made it possible for the racist lobby to intellectualise its conspiracy theory and recruit fellow demented minds to help spread an overwhelming sense of nihilism. Check out the e-bible of their evil campaign, 4chan.

A post on the online forum 4chan after the Buffalo shooting reads: “This world is Hell. I hope we live to see more of it burn.”
When God was depositing goodies in countries, many non-Americans accused God of unduly favouring America. “How can only one country have all these great human and material resources while others have barely nothing?” They asked.
“Wait until you see the kind of people I will put there”, He replied.
He must have had the racist lobby in mind.