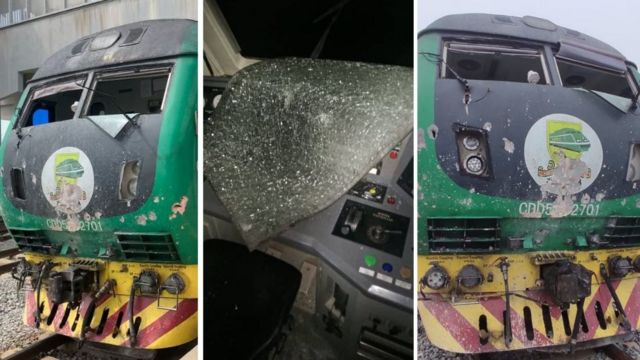 The March 28, 2022 explosion that affected Abuja-Kaduna passenger train service has continued to impact negatively on operations of Nigerian Railway Corporation (NRC) as passengers have shunned the corporation’s other rail corridors, leading to significant drop in revenue.

Available data indicate that revenues from the Lagos to Ibadan Standard gauge passenger train service, one of its busiest routes, dropped by more than 50 per cent to between N3 million and N4 million daily  compared to N8 million  daily generated before the explosion.

Similarly, due to the decrease in passenger traffic, caused by the explosion and apprehension of passengers, the frequency of the trains has been reduced to twice daily from Lagos to Ibadan and back instead of four times daily previously.

The railway district manager, Lagos District, Engr. Anthony Arisa, who dropped this hint in Lagos at the weekend  while fielding questions from journalists, however assured passengers that a combined team of Nigerian Railway, Police and Nigerian Securities and Civil Defence Corps and Man O War are on board the train daily and Saturdays to ensure that passengers are protected.

He also said that movement of containers in and out of the ports through the standard gauge will commence by the first week of July this year, adding that the line has been linked to ENL terminal, A.P Miller terminal and Apapa Bulk terminal.

Regarding the passenger and freight train service on the narrow gauge, the district manager said the Lagos mass transit train service from Kojola and Ijoko to Iddo generates between N1.2 million and N1.5 million daily while 19 containers of exports (1rake of train) are moved from about four terminal within Lagos and environs into the Apapa port.

He stated further that the freight trains also conveys imports out of the Apapa ports to about four container terminals in Lagos for onward transfer to trucks destined for various parts of the country.

Recall that on 28 March 2022, an Abuja-Kaduna train was attacked in Katari, Kaduna state . In response, the NRC halted operations along the route

Hundreds of passengers travelling northwards were kidnapped after the attack while others were killed and injured by bandits who bombed the Abuja-Kaduna train.

The following week, the hostage-takers released a businessman, and 11 more captives were released earlier this month.

About 50 of those kidnapped are still in the bandits’ den.