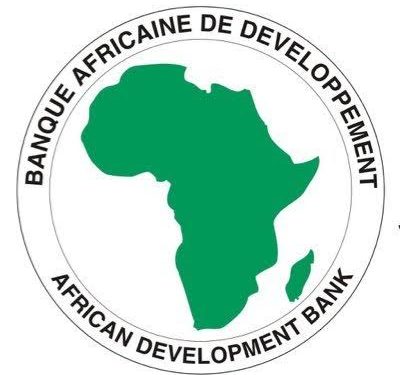 The African Development Bank (AfDB) has demanded that the Authorities, of the five Economic Community of West African States (ECOWAS), partnering on the Abidjan-Lagos super highway should order the consultants to get to work and finish up the feasibility study of the project.

Speaking at the 16th Ministerial Steering Committee Meeting the chief Transport Economist, African Development Bank (AfDB) and task manager Abidjan-Lagos Corridor, Lydie Ehouman, who announced that it has made available another €3.5 for the feasibility study said the new addition was being finalized to ensure the study for the 1,028km road project was smooth.

The meeting was chaired by the minister of Works and Housing, Babatunde Fashola in Abuja.

Ehouman said, “Today, I am pleased to confirm the signing of an amendment to the financing agreement between the Bank and the European Union making available an additional grant of 3.5 million Euros for the study. The agreement for the on-lending of this additional grant by the Bank to ECOWAS is currently being finalized.

“Thus, in addition to its substantial contribution of US$ 25 million, the Bank will have mobilized EUR 12.63 million in the form of a grant from the European Union, bringing the total amount available for the financing of this highly strategic study to the equivalent of about US$ 41 million.”

Ministers and Commissioners for Infrastructure in five Economic Community of West African States (ECOWAS), commended the African Development Bank (AfDB) and European Union, over funding support for the completion of the Abidjan-Lagos Corridor Highway Development Project.

The project which traverses Nigeria, Abidjan covers 1,028km through eight border crossings, was near completion on the feasibility study fully funded by the African Development Bank the Ministerial committee was informed.

Lydia said the observation that the technical studies for which the Bank has made substantial investments.

She said that the project it was greatly disrupted by the pandemic was not tenable.

She argued that an important part of the agreement was for the consultant to keep to work in all circumstances as the financiers are open to negotiations of any eventuality.

She, therefore, requested the Economic Community of West African States (ECOWAS) to issue clear directives to the consultant to return to work and finish the study in good time.

She said: “The restitution of the session of our experts which took place on June 1st and 2, 2022, indicates that the schedule of execution of the technical studies continues to be strongly disrupted.

“Indeed, following claims to take into account the effects of the pandemic on the codes of their services, the consultants have stopped their services for several months, resulting in a delay in the execution of this important study.

“This attitude of the consultants is not in conformity with the terms of their contracts which foresee negotiations between the two parties in case of overrun of the costs but do not authorize the stop of the services during the said negotiations.

“In view of this context, we urge the ECOWAS Commission, as the contracting authority, to issue a formal notice to the consultants to resume their services without delay,” she said.

Minister of Works and Housing and chairman of the partnering states said the completion earlier slated for 2021, was delayed due to the impact of the 2020 COVID-19 pandemic that stalled global activities.

He said while it was expedient for the job to be done quickly, it was critical to ensure that nothing should be sacrificed for the quality of the job that would serve over 40 million Africans in each country.

However, each minister took a turn to report progress in their respective countries to have been delayed by the pandemic and demand that all partnering states should endeavour to ensure that compensations were paid to the consultant for variation on project cost, due to the delay in the pandemic has caused on the project.

Ghana Minister of Roads and Highways, Benin Minister of Infrastructure and Transport, connected virtually, Togo Minister of Public Works and Coto d’ Ivoire, Minister of Road Maintenance and Works, Stephanie Ezoa were present at the meeting and emphasized the need for member states to ensure that consultant do their jobs timely.

Fashola told the committee that Nigeria has made progress on the road project with cash already mobilized for deployment.

He pointed out that Nigeria was waiting for the approval of ECOWAS to commission the link bridge already completed for the project.

His words: “Let me acknowledge the support that we have received from our partners, especially the African Development Bank. I can report here that although we are concerned about the Lagos Badagry giant highway on the western axis, there is a result that Nigeria can report on the eastern axis.

“We have completed now a new link bridge that links the Republic of Nigeria, to the Republic of Cameroon, and it was funded largely by the African Development Bank something and we are hoping that the ECOWAS Commission will give us the necessary support to ensure the formal opening of that bridge sometime in the month of June,

“Let me also report that aside from that the Nigerian section of the road we are gathered to talk about and to report about the Lagos – Abidjan highway.

“Nigeria section is the famous Lagos Badagry corridor. As the designs are going on, while integration is going on, our government through our President, Muhammadu Buhari on his through tax-credit scheme, has mobilized the resources that will ensure that the Lagos-Badagry section of this highway can be fully paid for.

“Money is now in place also reports that work is now going on and those who are familiar with the corridor realized that between December last year, and the first quarter of this year, you will see much more rapid deployment of men, machines and materials along that corridor.

“So we are building according to the conceptual standards, which will then be harmonized into roads, that is progress that I can report.”