by Jerry Emmanson
in Sports
0 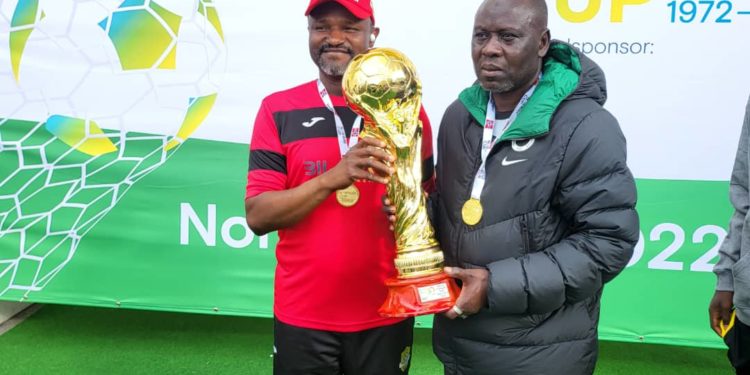 The Gombe lads thrashed host KFUM FK 2-0 in the main pitch of the Ekeberg Sports Complex in Oslo on Saturday, August 6, 2022.

Recall that they had on Saturday, July 30 emerged the champions of the 2022 Dana Cup International Youth Championship in Denmark.

The hosts, KFUM were undone few minutes before the break after Muhammed Mouro’s beautiful inviting cross from the right flank brilliantly converted by Miko Dalha in the center to send the Mailantarki’s Norwegian supporters into wild jubilation from the stands.

Abdulaziz Maiyadi, who netted a beautiful shot minutes before the end of the entaining encounter, emerged highest goal scorer for the team with 12 goals followed by Miko Dalha with eight goals.

The feat achieved by the Khamisu Ahmed Mailantarki boys is the first for a club to go all the way and win both senior categories in Denmark and Norway same year.

However, besides the respective glories in both cities of Hjørring and Oslo, the Mailantarki boys’ historic display pulled high attention of top-notch football managers across the two host countries.

Consequently, negotiations have been reached while others were ongoing for the Gombe boys to be tied up to a profession careers.

The glorious contingent is expected to jet out of Oslo on Monday to Copenhagen enroute Istanbul before connecting to Abuja-bound plane for the final destination.