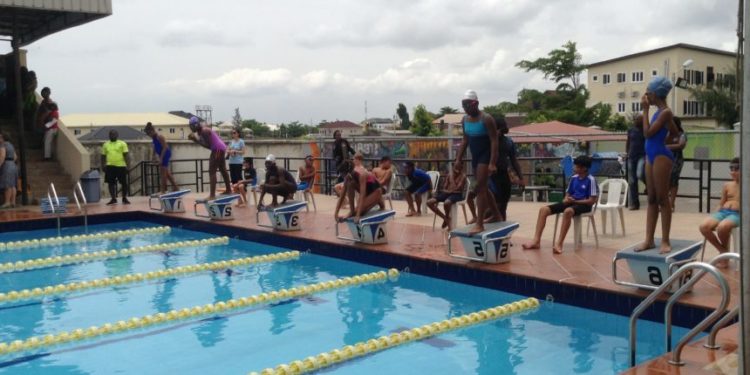 Grange School reaffirmed their supremacy as the undisputed king of the pool by emerging champions at the Zenith Bank sponsored Inter-schools (primary category) swimming competition hosted by the famous Ikoyi Club after amassing 10 gold, three silver and four bronze medals.

The likes of Tobi Benson of CIS, Olumayowa Kuti and Teniola Akin-Olugbade (both Grange) were among the top performers but worth mentioning is the courageous display of seven-year-old Ogheneruno Jason Atebe of Priory Preparatory School who won gold in the 33.3m butterfly and silver in 33.3m freestyle.

“I trained very hard and I’m happy I had a good competition. I want to represent Nigeria in swimming at international competition and also win a medal,” he said.

Also, Obaloluwa Omotosho, an 11-year-old Year 6 pupil played a crucial role in his school’s successful outing winning two gold and a bronze medals which he dedicated to his parents for their unrelenting support to his swimming career.

Ikoyi Club 1938 Swimming Section Chairman, Kunle Adeniji commended the schools for their sportsmanship display while he called on support from government and private sector for swimming.

He also lauded Zenith Bank for its continuous support for the programme which he said has helped Nigeria to produce future swimming stars, a few of whom are doing well in various countries via scholarships across the world.

Why We Held MSME Clinic – KADIPA

Why We Held MSME Clinic – KADIPA