A few days ago, about 300 fully armed terrorists attacked the Agata-Aboki mining site in Niger State, where scores of security personnel were killed.  ABU NMODU looks at the dust the attack has raised and the many questions begging for answers.

by Abu Nmodu
in Feature
0 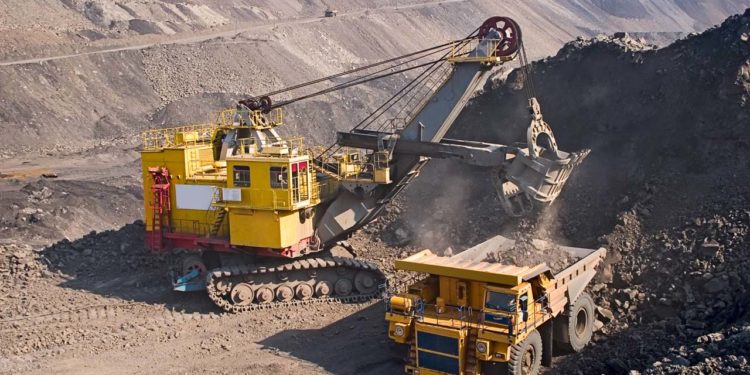 As families of the 48 soldiers, policemen, and villagers killed during the last bandits’ attack on the mining site at Ajata-Aboki in Erena/Gurmana ward of Shiroro local government area of Niger State continue to mourn their loved ones, many unanswered questions have continued to pop up.

It’s been a week plus since bandits attacked and killed security personnel and abducted four Chinese expatriates apparently for ransom, and scores of mining workers as well as villagers without words on their whereabouts.

Before the incident, many signs expectedly made the area vulnerable to the attack, hitherto to the attack there were rumours about a strange helicopter taking supply of some consumables to the area.

The development was unusual because mining was outlawed by the state government in bandits’ vulnerable areas like Shiroro, Munya, and Rafi local government areas whose locals could hardly engage in economic activities for a very long time due to persistent attacks from bandits.

It was gathered that the areas coincidentally are one of the richest areas with a high deposit of gold and gemstone as well as farm produce considering the rich agrarian soil, yet the areas remained the most ravaged by bandits for the past three years in Niger state.

Amidst these, mining was still taking place in the area despite the ban.

A source in the village told LEADERSHIP Weekend that before the attack, there were reports of controversy over the ownership of the mining site to the extent that a change of ownership was done about two years ago, an indication that the Chinese miners may not be the owners of the Mining license after all.

After the change of ownership, LEADERSHIP Weekend gathered that the new owners engaged Chinese expatriates to take charge of the mining as the identity of the “ powerful people” that secured the mining licence using them remained concealed.

It was learnt that some powerful people were behind the firm, informing why mining was still taking place in the site even with the state government’s directives on closing mining sites in the bandits’ ravaged area.

The source hinted that a peace deal must have been struck with the bandits not to attack the area over the years, another said the Chinese expatriates were able to engage in the Mining because they could afford to secure the services of heavily armed policemen.

A villager Mohammed Auta said, the Chinese Miners have enjoyed a substantial level of security coverage even as adjoining villages were attacked frequently. The Chinese expatriates enjoyed a secured operational mining camp,  until the bandits’ in a well planned attack, struck killing 48 Soldiers, policemen, and civilians.

The co-convener, Concerned Shiroro Youths Of Niger State, Sani Abubakar Yusuf Kokki, confirmed that 48 bodies were counted by the villagers, adding that the figure on the number of dead bodies was based on the findings of the members of the community attacked as reported to the youth organization.

He said, “This figure was arrived at after a dead body of a mobile policeman was discovered by a passerby local around a nearby bush not too far from the crime scene.”

He said as representatives of the community they develop a way of getting the right information.

Kokki added that “it was extremely sad and demoralizing to lose such a huge number of patriotic citizens and gallant officers at the war front. They paid the ultimate price while trying to defend the sovereignty of Nigeria and the lives of unarmed citizens.”

He lamented, “We are being depopulated by marauding terrorists, assuring that the community will update the public as new information emerges from the operation of the bandits/terrorists.”

LEADERSHIP Weekend gathered that the dreaded Ali Kachalla terror group was behind the bloody attack.

They invaded the mining site and signaled their arrival in the area by storming the ever-busy Tegina-Zungeru road on motorcycles in commando style.

With three men on each motorcycle, they raced up and down the road, scaring and harassing motorists and passengers.

Sources, hinted that the bandits who took the miners and the policemen unaware had overpowered the policemen when information reached an Army camp in Erena on the attack.

It was learnt that immediately after the information reached, a Major who commanded the officers at the camp immediately mobilised to the site to rescue the miners and the armless civilians already abducted.

Unknowingly, the bandits’ had set up an ambush for the military personnel leading to the death of no fewer than 34 soldiers.

Already before the arrival of the soldiers four Chinese and scores of miners and civilians were abducted and taken through Allawa and Kamuku forest linking Birnin Gwari in Kaduna State.

It was suspected to be the style of Kachalla with camps in Goron Dutse near Birnin Gwari local government area in Kaduna state, where they come from to strike in Niger and retreat, making it difficult to track them around Niger state.

A security source close to the operation of the bandits’ group around the area said, “Kachalla controls  Unguwan Baushe, Akambu, Kanon Machi, and Unguwan Kumallo along the Birnin Gwari axis and moved through Jelako and Ga-gafada to cross the boundary into Niger state”.

The source hinted that the bandits’ group of Kachalla operates like a well organised terrorist organisation; “carrying military graded artillery weapons including AA, GPMG, and RPGs on customised motorcycle.

LEADERSHIP Weekend also learnt that it was the same weapons they used to lay ambush while attacking the mining site in Ajata-Aboki and was able to kill and abduct scores including four Chinese expatriates.

The source added that “the bandits’ group mode of operations is to divide themselves into groups as you can see at the attack on Ajata-Aboki, they grouped themselves into four; some wearing camouflage uniforms of military, Mobile Police and some Vigilante. They started to open fire after succeeding in kidnapping the expatriates. Seven mobile policemen were gunned down and some soldiers in the first gun battle.”

Co-convener, Concerned Shiroro Youths of Niger State , one of the associations representing the Ajata-Aboki community , Sani Abubakar Yusuf Kokki, said, “No doubt, this mining site owned and managed by foreign nationals has for a very long time become a place of attraction and a good target for criminals because of its juicy and lucrative disposition.”

“It was terrific and terrible and the scene was bloody,” Kokki said, adding that “one can hardly fathom the rationale behind granting operational license to expatriates to carry out mining activities in highly risky and volatile areas.

“This crass negligence and lackadaisical posture by the government has the potentiality of inviting chaos and instability to the affected areas and it will undoubtedly endanger the lives of residents from the vicinity. This is the height of insensitivity,” he added.

He said the suspension of mining of any form in the areas has become imperative in view of continued bandits’ attacks and will remain so until further notice.

The governor said that the decision to suspend mining activities was to check the level of insecurity in the areas after thorough security profiling, agreeing that the mining sites now attract or even accommodate criminals with prospective threats to the security of lives and property.

He said that any mining operator caught engaging in mining activities in the areas mentioned would face the full wrath of the law, declaring that “the State Government has directed security agencies in the State to profile all mining sites in the affected Local Government areas with a view to ascertain their genuineness”.

Bello ordered a manhunt for the brains behind the attack, while the Senator representing Niger East, Mohammed Sani Musa, expressed sadness over the loss of the lives of security personnel and other locals whose numbers have not been given yet.

He said that the latest incident has further put families and loved ones of our security personnel in trauma and untold hardship which they do not deserve and has depleted the nation’s security personnel and has not met the required manpower needed to secure the lives and property of people in the state and the country as a whole.

The action of the government seems reactive but the question on the lips of many is, who are those behind the mining sites? Those who are so powerful disregarded the “no mining “ order of the state government in the area.

Another question that is rationally asked is: was there a peace deal between the miners and the bandits that a party has reneged on?  The questions continue to be asked, as the families of the killed gallant officers and villagers are left in lethargy and sordidness of their loss.