While park operators and their patrons lament the 7:00 pm closure of parks, the Federal Capital Territory Administration insists that their decision to revert  to the policy is  to ensure the attainment of 40 per cent threshold of green areas in the city, IGHO OYOYO writes. 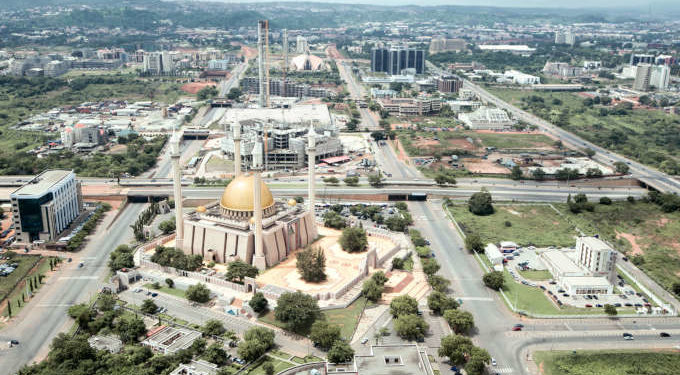 The Federal Capital Territory (FCT) Park Policy was signed into law in 2005, as a bylaw that would regulate how parks and recreation centers operate in the territory and this policy categorised Parks into Neighbourhood, District, City, and Regional Parks all with their various designations.

However, attempts by the FCT administration to implement the policy since it became a law have continued to meet resistance from park operators who have continuously kicked   against the implementation of what they term as unfavourable policy.

This  policy , has remained a yet to be implemented  law in the last 17 years, until the FCTA, through the Abuja Metropolitan Management Council (AMMC), under the supervision of the senior special assistant on Monitoring, Inspection and Enforcement to the minister of the FCT, Comrade Ikharo Attah, decided to commence the implementation of the policy from Monday, July 4, 2022.

The coordinator, Abuja Metropolitan Management Council, TPL Umar Shaibu who announced the implementation of the policy, explained that in line with the policy, all park operators and patrons must regulate their activities and operation to end at 7.00 pm daily, and this according to the policy, would protect the rights of their neighbors against excessive noise, which must be sacrosanct.

“All Park operators must ensure that they submit their plans for approval at the Park and Recreations Department and obtain their approvals signed by the Development Control before they commence development. They also must develop in line with the approval granted and the provisions as stipulated by the development regulations.

“We wish to reiterate that Parks are meant for the protection of our green components. In the building fabric of the city, beautification, and relaxation of the citizens in peace and tranquility. They are never created to serve as drinking joints and drug peddling. Henceforth, all violations are going to be checkmated. The authority will earnestly commence the enforcement of the stipulated closing time for Park operations at 7.00 pm,” he said.

As expected, the implementation of the policy did not go down well with park operators and their patrons, as most of them described the policy as inhuman and anti-people, that it tends to deny the people their rights to live and associate with others whenever they want.

A social analyst Mr. Uchenna Okafor  faulted the policy, saying it indirectly and directly infringed on the rights of the people of FCT, mostly those people that patronise parks after working hours, just to relax and relieve the burden off themselves after a long day at work.

“Although the policy may sound nice to the ears of some people that do not know how to relax after work hours, to people like us, who know how to relax and free ourselves from stress, the policy is wrong and anti-people. It is a systematic way to control the live styles of residents of the FCT, which is against the constitutional rights of the people.

“So, I am completely against the policy and should not be allowed to stand. The minister needs to review the law and put it aside. There are other ways of controlling and securing the city, but not by controlling the lifestyles of mature men and women who understand what it takes to relax any time of the day,” he said.

A lady who operates a sit-out restaurant at the Eden Garden in Jabi district Ms Winners Wokoma explained that her losses due to the policy would be enough to send someone to the grave, but that she had no option but to comply with the orders from the minister.

“The policy is not favourable to us at all, because most of the sales we make are from the stipulated time given to us to close operations in the Parks.

“Our patrons are working-class people who come here after work hours to eat and relax. So, the losses this policy will cause us is going to be u quantifiable,” she said.

Meanwhile, a manager at the Elites City Park, Wuse II, Mr. Micheal Akogwu said he opted to close exactly at 7:00 pm in compliance with the directives to avoid trouble from the government, and that he was aware that any policy introduced by the government is law, whether it benefits the people or not.

“But, I must confess that the revenue losses in all the parks during the stipulated closing period would be very enormous, considering different segments that offer unique services with their attractive selling points in the gardens,” he said.

However, despite the challenges caused by the policy on the operators, the Senior Special Assistant on Monitoring, Inspection, and Enforcement to FCT Minister explained that enforcing the policy was not meant to kill people’s businesses, but to instill a sense of sanity in the parks and recreation sector.

He expressed disappointment that the good intentions of the administration in allocating parks and gardens have been abused, appealing to operators and patrons of parks to understand and comply with the policy during the implementation.

Attah, however, assured the park owners and operators that the administration will continue to dialogue with them to fine-tune and review the processes, to ensure seamless implementation.

“Everyone is concerned about park operators, we want them to make money, but we still need orderliness.  Parks are not lounges, nightclubs, and hotels. They have specific guidelines on how they should operate. I think with time, everyone will begin to adjust,” he said.

The FCT minister, Malam Muhammad Bello, aware of the lamentation from Parks operators and patrons, explained that his administration decided to revert to the policy to ensure the attainment of the 40 percent threshold of green areas in the city.

”The whole concept of the park policy is to make sure that these green areas within Abuja as a city and to some extent parts of the territory are left green to be able to meet the 40 percent threshold of green areas.

”Abuja was way ahead of many cities in terms of climate consideration and the whole idea was that you develop these green areas to make them truly green with vegetation, with green land, flowers, and trees.

”That was achieved to a large extent some years back but with a population growth of the city and demand for housing and land, if we are not conscious about it then we may derail ourselves and just make it a concrete city,” he said.

The minister said that the abuse of green areas had affected the ecosystem, adding that the government realised sometimes in mid-2000 that it was simply impossible to maintain all the green areas, that this informed the concessioning of green areas to private operators to develop as parks

”A park in the real sense of a park-like we see in other countries is neat, clean with sidewalks, with areas for a playground for children, playground for family members, and areas of relaxation.

”And everywhere in the world, these parks have an opening time and closing time and normally they are done in the day time may be from 8:00 am or in some cases, 7:00 am and then by night they close,” he said.

The minister stated that almost 95 per cent of those who took parks under concession converted them into structures thereby abusing them and the environment.

”Instead of temporary structures using environmentally friendly materials they started constructing solid concrete structures. And instead of making green areas they started creating concrete basements and that jettisoned the idea and as time went by, these concrete and permanent structures started to be converted into areas where a lot of things were done wrongly

”Parks that were meant to be areas where there will be aesthetics like you see in New York, London and so many other cities in the world gradually were converted into places where criminals stayed there. Because it is an open public space they will stay there at the night until midnight and after midnight you know what they do in the city.

”They create havoc in many of the parks and because the park’s owners have not been able over time to invest to maintain it green it became easier for them to stay,” the minister said.

According to Bello, Abuja is a city where most people are workers, and creating parks in neighbourhoods is to enable families within each neighbourhood to have a place to relax.

”But because it became something else, you go there and your handbag is snatched if you are a lady and your phone is not protected because people are under the influence of drugs.  Families cannot even venture into parks even in the afternoon because many people have made it their abode. Some of them will go under valleys and erect shanties.

”All the laws were there when the whole idea of park policy was initiated in the mid-2000 but as time went by institutions saddled with the responsibility of enforcement and monitoring didn’t do their work and that is the crisis we are now facing in the city,” he said.