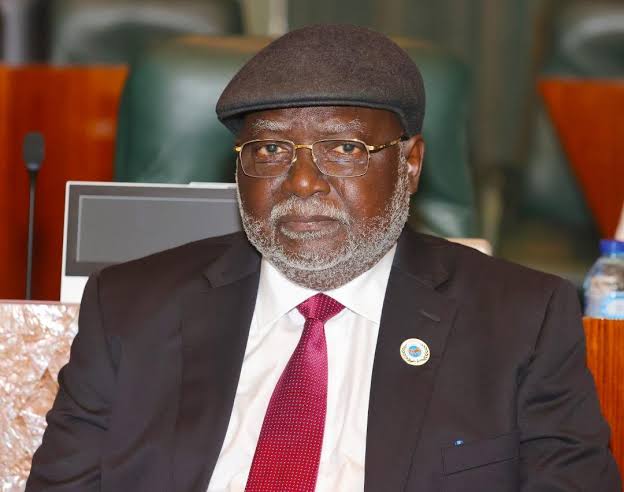 The Federal Government has been called upon to call the Chief Justice of the Nigeria (CJN), Justice Olukayode Ariwoola, to order over a political statement credited to him in Port-Harcourt, Rivers State, recently.

Making the call in Lagos, the Association of Professionals for a Great Nigeria (APGN) in a statement signed by its Publicity Secretary, Amos Data-John, noted that the comments attributed to the CJN during a dinner held in his honour by the Rivers State Governor, Nyesom Wike, were “outrageous, ignoble and unbecoming of a personality of his stature.”

“We read with utter dismay and surprise, the statement made by the Chief Justice of the Federation, Justice Olukayode Ariwoola published in a national daily in which he expressed happiness at Governor Seyi Makinde of Oyo State being a member of the G5 Governors. For the No. 1 judicial officer in the country to make such partisan and obviously biased comment, is outrageous,
and unbecoming, something that should be condemned by all well-meaning citizens of our great country,” Data-John stated.

The statement added that the judiciary being the last hope of the common man is expected to be impartial and unbiased and not to express opinions that show political bias and inclinations.

“When a Chief Justice of the country wines and hobnobs with politicians, making biased statements like he did, then there’s a serious problem in our judicial system. This is especially so in a nascent democracy like Nigeria’s that need nurturing and which the judiciary has a big role to play in that regard,” he noted.

Continuing, Data-John said: “It is in this light that we, members of the Association of Professionals for a Great Nigeria, hereby call on President Muhammadu Buhari to call the CJN to order over his partisan and biased remarks. Presently, there are numerous cases pending in our courts at different levels; with the general elections in 2023, just a few months away, more cases will be added from aggrieved politicians and parties. What hope are there for these people to get fairness and justice in our courts when the CJN of the country shows such bias and partisanship?

“Justice Ariwoola should be cautioned and reminded about the sanctity of the exalted position he holds and minds those he wines and consorts with especially politicians of questionable character and gangster-like personality. Continuing to do so will bring the judiciary into disrepute.”

LEADERSHIP reports that G-5 is a group of five aggrieved Governors of the Peoples Democratic Party (PDP), demanding that the party’s National Chairman, Senator Iyorcha Ayu, should step down to pave the way for someone from the South to succeed him, since the party’s presidential candidate, Atiku Abubakar, hails from the North.