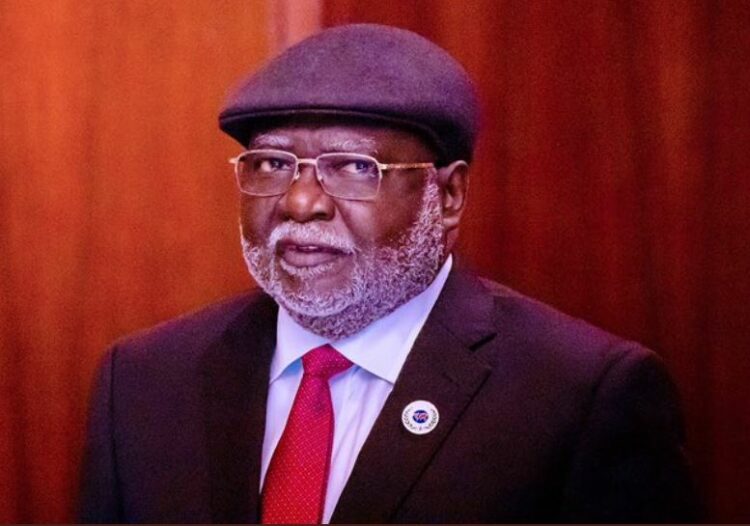 The Coalition of United Political Parties (CUPP) has described as harmless and non-partisan, the recent comment credited to the Chief Justice of Nigeria (CJN), Justice Olukayode Ariwoola, in which he said he was happy with the Oyo State governor, Seyi Makinde’s membership of the G-5 governors led by Governor Nyesom Wike of Rivers State.

LEADERSHIP reports that Justice Ariwoola came under barrage of criticisms over the comment, which was described as partisan and unbecoming of holder of the office of Chief Justice of Justice of Nigeria.

But, CUPP in a statement by its spokesman, Ikenga Ugochinyere, on Wednesday, said the attack and criticisms trailing the CJN’s comment was unnecessary, saying that it doesn’t mean the CJN was partisan.

Ugochinyere also said that the opposition parties don’t have any reason yet to doubt Ariwoola’s capacity as an eminent jurist and CJN.

He said the CJN was rebuilding the image of the apex court after years of assault, hence the current attack from persons he described as ‘mischief makers’ trying to twist his comment on G-5 governors.

While noting that they still have confidence in Ariwola’s leadership of the Supreme Court, he, however, said
CUPP was watching him closely.

“The opposition parties understand fully well that issues bordering on misconceptions and misrepresentations are not new in times like this when the country is preparing for general elections, and when the citizens seek a free and fair election and unbiased judiciary.

“But the recent statement by the Chief Justice of Nigeria (CJN), Justice Olukayode Ariwoola, which has continued to attract mixed reactions is absolutely harmless. We however will continue to have close watch and won’t hesitate to speak up, if we think otherwise. We urge Nigerians to ignore the clamour for CJN’s sack, these are actions of mischief makers trying to twist his comment on G5 governors,” he stated.