...Says as he's now decorated with his complete rank, he should take decisive steps on Passport Administration & Control, Staff Welfare among others. 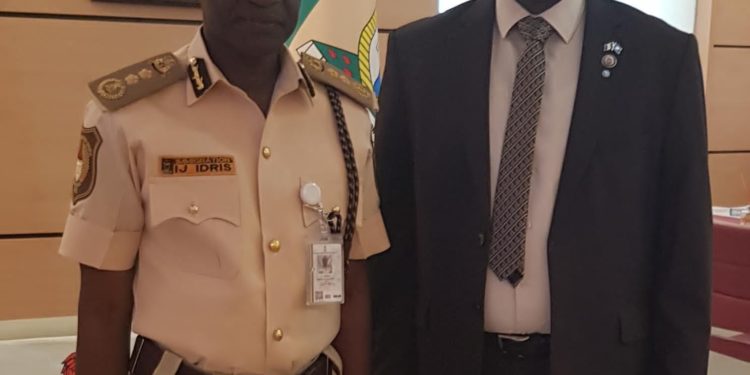 Hussaini Coomassie made this known while speaking with correspondents at the Ministry of Interior, in Abuja, during the service decoration of the CGI with CG Rank yesterday.

CGI Idris Jere got one year extension of Service by President Muhammadu Buhari on 22nd April, to enable him lead the service to higher heights.

According to him, he says the challenges that has bedeviled the passport Policy and Operations need to be revisited, with the aim of altering the recent Passport reforms and the mode of processing Nigerian passports which has now become unruly for the citizens for well over 2 years and still counting.

He added that it’s evident in the recalcitrant, and regular attempts at trying to clear the backlogs that are still pending and in abeyance.

“It has therefore become paramount for the Immigration Service in the instant case to take absolute charge away from the interference of the Ministry of Interior which has clearly created and introduced avoidable hiccups and bottlenecks that is today dragging the effort and good name of the service in the mud.

“There is an urgent need for Mr. President to take a long look into the entire passport exercise with the aim of revamping it despite the clear indications that NIS is poised to take delivery of over ten thousand (10,000) passport booklets. Perhaps, the million-dollar question is ‘will it still be enough’? this can only scratch the surface but will definitely fall short in terms of yielding a permanent solution,” the UN rep advised.

Ambassador. Coomassie also encouraged the CGI to take bold steps in making tough decisions within the next 30days,which include the overhauling of the entire directorate and same should be extended to other directorates of the service.

In another development, Ambassador Coomassie also raised an alarm against the backdrop of the rumours making round that the Ministry and the Governing Board of CDFICoS are making effort to appoint DCGs from outside the service to fill the gaps as Heads of Directorateshe ruled it out as outright ill motives, capable of further bastardising and collapsing the system in it’s entirety, this he said will do the Service more harm than good.

“The Customs in recent years promoted the then Deputy Comptroller of Customs A.A Mustapha to the rank of ACG and then subsequently became CG of Customs. Instances abound in plethora situation within sister organisations.

“Therefore, it is curious that some few individuals from the Ministry and the Board are insisting on imposing DCGs from outside the service for their selfish reasons and agenda. It shall be notably resisted by many across board who are genuinely concerned as it is devoid of common sense and an attempt to scurry or usher in non career Deputy Comptroller Generals (DCGs) from the backdoor.

“This is highly prejudicial and uncalled for, why cant the Minister and His Board accelerate promotion of hardworking serving CISs & ACGs to fill in the gaps to service from unnecessary embarrassment, he added.