MOSES ORJIME, writes on the intrigues that trailed the recent senatorial primary election in the Federal Capital Territory (FCT).

by .
in Featured, Politics
0 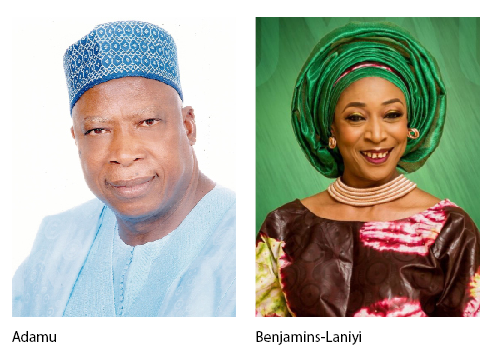 T he All Progressives Congress (APC) senatorial primary election in the Federal Capital Territory (FCT) has come and gone. But it has left a lot to be desired it would seem, especially in the light of the intrigues that shaped the eventual outcome.

In the build up to this electoral cycle, the APC was quite emphatic on inclusion and active participation of women in elective positions in the 2023 general election, an assurance which prompted Mrs. Adedayo Benjamins-Laniyi to throw her hat into the ring, for the Federal Capital Territory senatorial post.

Before Adedayo’s quest, the FCT has had only one female Senator: Khairat Gwadabe, in a federal legislature where the women population dwindles after each election cycle.

Since then, it’s been an uphill task to get a woman to even clinch the senatorial ticket; not to think of winning an election in the FCT.

Benjamins-Laniyi, a management consultant, entrepreneur and global enterprise communicator, canvassed for and sold her vision to the diverse cultures and demography in the country’s capital and how she would bring about inclusive representation and service delivery to delegates across the FCT’s six area councils.

With firm assurances from supporters who rallied round her vision, the stage was set for an epic FCT senatorial primary.

And, so, last month, when the APC conducted its senate primary, in the Federal Capital Territory, Abuja, a wide spectrum of delegates, comprising women, youths and the community of faith from the wards had already queued behind the aspiration of Mrs. Adedayo Benjamins-Laniyi.

Already a familiar face in the FCT, Benjamins-Laniyi, who had garnered the support of youths and women and the community of faith, looked forward to the primary.

In the end, the door was shut on her face with, at least, 150 delegates who had assured her of support and had queued behind her to the venue.

But the build-up to the primary election indicated that the APC, at least, at the FCT level, had concluded on its preferred choice and was set on that.

On May 24, few days to the Senate FCT primary, the First Lady, Mrs. Aisha Buhari, accompanied by the wife of the Vice President, Mrs. Dolapo Osinbajo and Women Affairs Minister, Mrs. Pauline Tallen, and even Adedayo and some women leaders, across the states, met with the APC national chairman, Senator Abdullahi Adamu, at the party’s national secretariat in Abuja, to lobby and seek the ruling party’s support for women in the 2023 elections.

The delegation wanted firm assurances from the APC’s national executive that the party would stay true to its policy of protecting women who desire elective positions on its platform, in the run-up to the 2023 general election.

Thereafter, the high-powered delegation confirmed to newsmen at the national party secretariat that they met with the national chairman to seek support for women aspiring for various elective positions in the party.

Before then, last March, an APC women lobby group had demanded, at least, 50 percent representation for women, across all elective positions in the party.

Besides the APC women leader, Dr. Beta Edu, was confident that the party had assured of a level-playing field for aspirants as well as its promise to consider the women aspirants, Benjamins-Laniyi pressed forward with her senatorial campaign in the FCT.

But in what appeared as an institutional resolve to ensure a preferred candidate emerges at the senatorial primary, it was gathered that, rather than conduct the senate primary at the advertised Moshood Abiola National Stadium, the event was shifted to the National Women Centre on May 28, without communicating the new venue to other aspirants.

After the exercise, the party announced that Dobi won with 277 votes while Adedayo got 28 votes; the highest votes ever garnered by a woman in any FCT election. Wowo had no vote and Jisalo got only one vote.

Dobi was a two-term Gwagwalada Area Council Chairman and Former House of Representatives member from 2015 to 2019 for the Abuja South Federal Constituents.

He was also the immediate past Mandate Secretary, FCT Transport Secretariat from November 2021 to May 2022 before he resigned to slot it out during the APC primary.

Speaking shortly after his victory, Dobi promised to entrench good governance if elected to represent the people of the FCT, Abuja, at the National Assembly come 2023.

He called on all his fellow contestants and party chieftains, stakeholders and party stalwarts to come together to support the APC and his candidature to salvage the people of the FCT.

Before the primary, however, it was gathered that a stakeholders meeting, which reportedly held in the residence of a top member of the party, which had another aspirant in attendance, was not extended to Adedayo and other aspirants.

There are allegations that several provisions of the Electoral Act (2022) were reportedly breached in electing the party’s senatorial candidate.

A party chieftain, who declined to be named because he was not authorised to speak on the matter, recalled how the delegates list was not published for aspirants to peruse and how the Voter’s Register was not made public; contrary to the extant electoral law.

He also recalled how, in contravention of Section 84 (12) of the new Electoral Act, civil servants and political appointees were listed as delegates and allowed to vote at the primary election venue.

Another party chieftain, who was privy to the stakeholders meeting confirmed it held at the Life Camp residence of a top party member and insisted that the Certified True Copy of the delegates list for the senatorial primary “was blatantly manipulated, with the injection of names of civil servants and political appointees.”

He gave further insight into the meeting. “The meeting was “specifically called to discuss how to tackle the PDP in the FCT senatorial election. But, at the meeting, it was agreed that, rather than go for a woman, who is also a non-indigene, why not settle for an indigene to tackle the incumbent who is also an indigene? But, the question we asked them is: who is afraid of Adedayo? Who is afraid of facing Adedayo in a primary, which wasn’t even the main election?

“They should have allowed a transparent primary and if she loses, so be it. Asking for a level-playing field for all aspirants so that the party and whoever emerges in a truly transparent and credible primary would have the buy-in of all members was crucial for us in that primary because we have a formidable opposition in the PDP.

“We have appealed to the party’s highest organ, the NWC, as well as the FCT minister, to look into what happened before, during and after the senatorial primary. We need to harness our members because we cannot afford a slip-up in 2023.”

Be that as it may, the primaries has raised some topical issues that the party would need to look into, an APC member, Ibrahim Abdullahi, said.

“Yes, we cannot have a perfect election but we, as a progressive party, should endeavor to ensure that we give every member a sense of belonging by ensuring that the processes are open and transparent enough for all to see. We can’t afford to be doing things in a way that casts doubt on the process,” he said.

Another party member, Shehu Idris, said as much as there is room for improvement after every election, the party following the FCT senatorial primaries, has done fairly, even as he advocates that the party and its candidate “should reach out to all aggrieved aspirants as soon as possible.”