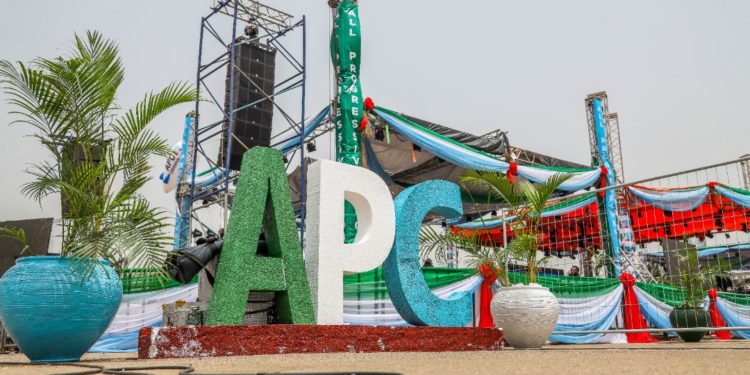 The South-West Agenda for Asiwaju Bola Ahmed Tinubu (SWAGA 6), a pan-African movement that comprises of members from the six geopolitical zones of the country, has condemned in strong terms what it called attempted ‘coup’ to foist an unpopular presidential candidate on the All Progressives Congress (APC) without recourse to due to process.

Recall that the group had on Saturday, June 4, held a press conference and solidarity walk in Abuja in support of Asiwaju Bola Ahmed Tinubu’s presidential ambition.

SWAGA 6 through its spokesperson, Comrade Babajide Akinbohun, stated that it was callous, illegal and mischievous for an aspirant to hide under the guise of consensus to secure the party’s ticket on a platter of gold without a written consent of majority of the aspirants.

According to the statement signed by Akinbohun, “We, the members of SWAGA 6 across the country use this medium to join forces with all concerned Nigerians to condemn the failed attempted coup by the National Chairman of the All Progressives Congress (APC), Senator Abdullahi Adamu to impose the current Senate President, Dr. Ahmad Lawan on the party.”

“This is an unpopular decision and an illegality that must not be allowed to stand. We insist on the conduct of election at the convention by all delegates to choose the Presidential flag bearer amongst the screened aspirants of the party who are eligible to contest the election.

“It is our beloved that the outcome of a free and fair contest will not only entrench our democracy but also strengthen party politics in Nigeria and set a precedent for other party elections.

“The majority of the Governor’s who are member of the Northern Governors Forum (NGF) have also in strong terms expressed their unanimous decision for the Presidency to shift to the Southern part of Nigeria in the spirit of balance, equity and fairness.

“Anything short of a contest will amount to an attempt to hijack what ordinarily should be a democratic contest and this may lead to a breakdown of law and order.

“The electoral Act as amended and signed into law by President Muhammadu Buhari is clear on the procedures for choosing a consensus candidate and none of these conditions were met in arriving at this crude decision.

“We hereby use this opportunity to call on all our members nationwide to remain calm and hopeful that our preferred and most popular candidate, Asiwaju Bola Ahmed Tinubu will emerge as the APC flag bearer at the end of the ongoing convention to elect the Presidential candidate of the APC.”