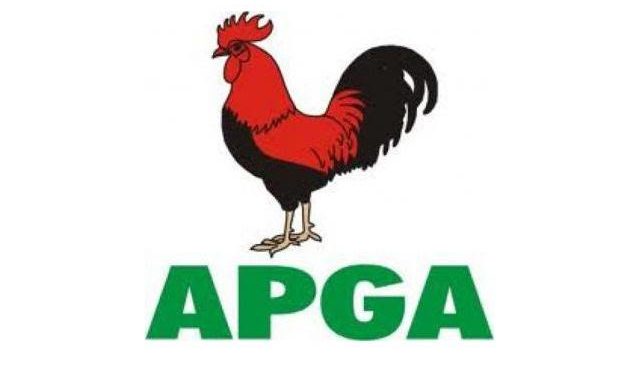 Some members of the All Progressive Grand Alliance (APGA) have expressed their frustration of the refusal by the Independent National Electoral Commission (INEC) to recognise Chief Edozie Njoku’s faction of the party.

This is despite a Supreme Court ruling that recognized Njoku as the national chairman of the party and his faction as the authentic APGA in the country.

One of the pioneer members of the party said INEC did exactly the same thing it has been doing with the party from 2004 to 2012.

He said, “Soon after the 2003 elections, specifically in 2004, Victor Umeh, the party’s treasurer, who was not in the line of succession plotted with some renegade members to suspend our founder and chairman, Chekwas Okorie and made himself chairman.

“According to Chekwas Okorie’s book, APGA and the Igbo Question, the party was thrown into turmoil by PDP and former President Olusegun Obasanjo using Umeh as a tool in their hands with the direct connivance of INEC.

“For more than eight years, we were in court, up to the Supreme Court. Sometimes INEC would write to me as the chairman of APGA but most times they related with Umeh as chairman even when no Court had pronounced him chairman and no convention elected him,” Chekwas Okorie, founder of the party had told reporters in an interview in February 2022.

In an open letter to INEC chairman in June, which was made available to the media, Buhari, the Senate president, Speaker of the House of Representatives, Attorney General of the Federation and others, Njoku lamented that more than 34 days since the Supreme Court of Nigeria gave a judgment in his favour INEC was yet to abide by the order.

According to the letter, when a lower court gave judgment in favour of Jude Okeke concerning APGA chairmanship, INEC complied within 48 hours.

But sources in INEC revealed that the commission has come under enormous pressure since the publication of Edozie’s open letter to INEC.

According to a staff of INEC legal department, the management of the commission is aware of the implications of not recognising Edozie Njoku’s faction, thereby, excluding them from 2023 elections.

“It would amount to exclusion and the Electoral Act is clear on that. There’s a good chance a court will cancel the entire elections,” the INEC official said.

Another staffer of INEC with knowledge of the APGA dilemma expressed his disappointment, saying, “people here have been compromised.

“It is unfortunate but that’s the only conclusion I can reach. Some of my colleagues have been paid to foist a fait accompli on Edozie Njoku and his faction,” he added.

The staffer explained that the primaries season is a lucrative period for political parties and its leaders.

“It is the period parties realise a lot of revenue from aspirants through the sale of forms.”

“This looks to me like people high up have been compromised to sustain the stalemate until after the Primaries season. Thereafter, Njoku will be recognised as chairman and he will be forced to go into elections with people he did not conduct their Primaries.”

Multiple sources revealed that INEC board had a meeting which lasted into the evening of Thursday.

Two sources at the meeting described it as “stormy,” saying the chairman was caught in the middle between Victor Oye’s supporters and Edozie Njoku’s sympathisers.

They said, “The shame is that the chairman was at a loss as to what to do. There is a Federal High Court order which recognised the Owerri convention of 2019 as the authentic convention.

7 Incredible Health Benefits Of Strawberries And Why You Should Eat More... Click Here For Details
Tags: APGA
SendShareTweetShare
Previous Post