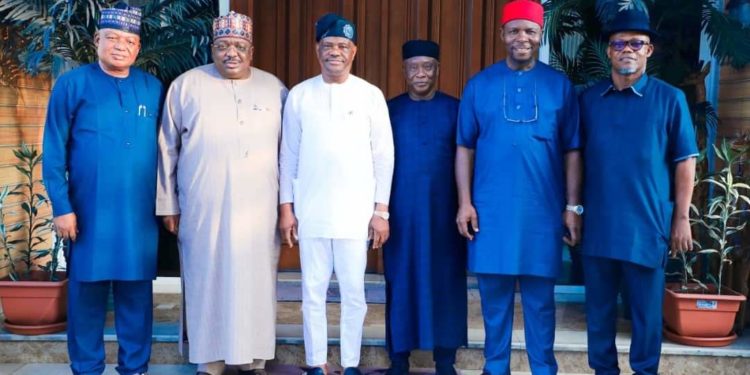 The leadership of the Peoples Democratic Party (PDP) Caucus in the Senate, on Thursday, met with the Rivers State governor, Nyesom Ezenwo Wike, at his private residence in Port Harcourt, the state capital.

In attendance at the closed-door meeting, which lasted for more than two hours, were the newly elected Senate Minority Leader, Senator Philip Tanimu Aduda and the Senate Minority Whip, Senator Chukwuka Utazi.

However, none of those in attendance told journalists what transpired at the meeting.