by Shola Thomas
in Opinion
0 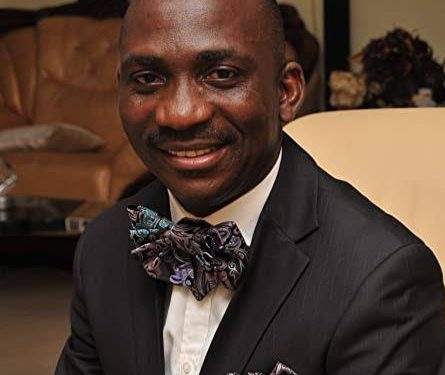 He is a man of many parts, a trained medical doctor, gospel singer, author, teacher, philanthropist, and more importantly, God’s General. Pastor Paul Idoko Enenche remains one of Nigeria’s foremost clerics and fire-spitting apostles, pushing boundaries and breaking the stereotypes in the evangelical ministry. As a foot soldier of God, his foray into full-time ministry spans more than two decades. Dr Paul as popularly called by his followers and admirers, has held the evangelical ministry by storm with his influence transcending the shores of Nigeria and Africa.

His salvation journey, from theatre to the altar, stands out as one of the most inspiring stories for the recruits in the Lord’s army. As a freshly minted medical doctor, he had several attractive choices before his foray into the evangelical ministry, but like the saying goes, God’s ways are different from man’s ways.

In May 1996, young Dr Paul was at a crossroad as to what next to do with his life. He had several eye-catching choices: to relocate to a prestigious university in London with his wife, Dr Becky, also a medical doctor, to work and simultaneously advance their medical profession, to take two other attractive medical appointments within the country, or to keep their jobs in the two different hospitals where he and his wife worked, of which they were each given three bedroom flats in the hospitals’ staff quarters.

As attractive and promising as the future seemed, he was overcome by an unusual level of restlessness in the spirit. On May 28, 1996, he journeyed to a mountainous area on the outskirts of Jos, Plateau State, to be alone and seek God’s face on future endeavours. After three days of fasting, he came down from the mountain with a clear vision of exactly what he was to do with his life. While away on the mountain for three days, the young wife, who was nursing their first child, had also joined her husband in fasting and prayer.

In the end, the duo got a clear message. The Lord asked them to put aside the most cherished medical profession and “go to the city of Abuja and start a gospel outreach that will be characterized with a heavy Presence of God to heal, save and deliver people; a church that will restore human destiny and dignity.”

His salvation came after many personal convictions and uncertainties about his eternity dawned on him. His ministry is influenced by God’s servants such as W.F Kumuyi, Pastor David Oyedepo, Pastor Enoch Adeboye and Pastor Kenneth Copeland.

The church’s first service was held at the Abuja Centre for Arts and Culture. After two weeks, the church moved to Abuja Sheraton Hotel. In June 1997, the church moved to its permanent site and has since expanded in numbers. In November 2019, the Glory Dome, presumably the world’s largest church auditorium, was inaugurated. The 100,000-seater edifice is one of the facilities in the expansive The Lord’s Garden built by the Dunamis International Gospel Centre (DIGC).

Today, the ministry has become international. With worshippers running into millions, Dunamis International Gospel Centre, according to researchers, is worth over N50 billion. The church also makes great impact with Seed of Destiny, the monthly daily devotional publication designed to boost the Christian faith. Dunamis International Gospel Centre breaks the boundary of a regular Christian ministry. A look at the church’s portfolio will convey clearly that the ministry is devoted to growing the Church of Christ in as many ways as possible.

In more ways than one the church is catering to the spiritual growth of Christians worldwide. The Dunamis School Of Ministry (DUSOM) is one of the ways by which the Pastor Enenche-led ministry is fortifying the frontier of Christianity. The school whose overriding objective is raising of end-time fire-brand men and women for the end-time harvest, runs full-time and part-time courses in two semesters every year.

Recently, the outspoken preacher joined the league of churches that have their own satellite television stations in Nigeria with the establishment of The Dunamis TV/Radio. The primary purpose of the media is to evangelize the world for Christ, as his messages feature prominently in the satellite station with viewers of over three million.

Among these numerous achievements, Dr. Enenche, however is of the school of thought that his aim is to make sure he sees all Dunamites at the feet of Jesus on the last day, the more reason he makes the altar call a daily ritual in the ministry.

He’s one of the few Nigerian pastors whose earnest desire is to see a peaceful nation that loves God wholeheartedly. Dr Paul was born on June 4, 1968, into a royal family from Orokam, Benue State, Nigeria. Here is saying Happy Birthday to the Lord’s General!