There is a worrisome upsurge in the bid for Nigerians get rich quickly in the country, a reason why gullible Nigerians get involved in disturbing and shameful investment popularly called ponzi scheme, TUNDE OGUNTOLA writes.

by Tunde Oguntola
in Featured, News
0 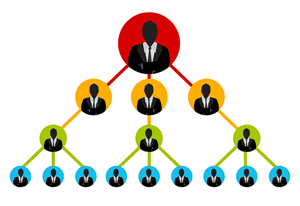 “I was served a three months quit notice by my landlord and my children were sent home from school daily. My story changed when I invested N10,000 in a ponzi investment scheme and my life changed for good,” said a notorious ponzi scheme investor Samson Ugochukwu.

Speaking with LEADERSHIP Weekend Ugochukwu said between January 2021 to date he has invested in five Ponzi schemes. He said three out of the five ponzi schemes have crashed.

“Out of the five Ponzi schemes, three have crashed while two others are still waxing strong. But, I can’t stop investing in ponzi because it has changed my life for good.

‘’On the contrary, I simply tell new investors that I won’t be held responsible if they lose their money, yet they won’t listen to me. All they will tell me is to send them a referral code. My success is always a driving force for them to invest, I think.

While Ugochukwu has made a fortune while investing in ponzi schemes, many Nigerians have lost billions of naira amid their greed to get rich.

An investor with a self-styled CEO of Ovaioza Farm Produce Storage Business, Mabel Sibi Agbenyo lamented that she has lost millions in the platform.

Agbenyo claimed to have had a dream that the investment platform was going to collapse but failed to follow her dream power.

For Mariline Oluchi, she said she lost 27.9 million in the investment.

She said, “My cumulative money on the dashboard is above N27.9 million. I am a partner in both corn and plantain, at the moment.

“This is not just my money but that of the people under me. My family, my friends, and even some of the people I work with. So, I am not just speaking as a supposed friend now, but as a partner too.

“Since all of this started, we as Ovaioza’s friends have held hope. We believed her because we saw her going to markets, storage facilities, and milling factories. But, it was all a scam.”

Until the bubble boasted a few weeks ago, only a few people knew Ovaioza Farm founder Imu Ovaioza Yunusa even as she continued to rake in millions of naira every day from gullible Nigerian investors who wanted 50 per cent return or more in a short period. Her arrest was coming a few days after investors lost billions of naira in Chinmark Investment.

Just like investment with Ovaioza and Chinmark, some Nigerians who fell victim to the 86fb Football Ponzi Scheme have cried out for help after losing over N200 billion to the investment platform. It was gathered that thousands of Nigerians had invested funds in the company which claimed to return 3 per cent profit on the initial investment.

However, the company had stopped paying investors. Some of the victims said that the company had dubiously registered under the Corporate Affairs Commission using the passport document of a Nigerian young lady.

According to them, the company has moved over N200 billion using Tether (USDT), a blockchain-based cryptocurrency whose tokens in circulation are backed by an equivalent amount of US dollars. They also claimed the company had stolen another $52 million (N21.5 billion). They further called for an investigation into the issue to bring the perpetrators to book. One of the victims, who said he invested the money taken from his boss at work said he might be sacked anytime soon. He said, “It is about 86fb Football Ponzi Scheme, an alleged faceless Chinese company which has scammed millions of Nigerians with the help of some of our fellow Nigerians and banks. “This company (86fb Football Technology) is registered under CAC in a dubious method, using the passport document of a Nigerian Young Lady. “Most of the naira bank accounts used in scamming us were allegedly under the signatory to the Chinese nationals, it is alleged that the amount was about N200 billion, and $52 million has been moved through USDT based on intelligence report. “We want you to use your office to help us to bring all involved in this Ponzi scheme to book, starting with the lawyer who facilitated the registration of the company and who is also the secretary to the company, the banks used to move funds to provide the customer details for further investigations.”

However, it was observed that the company had put a statement on its website admitting that it was struggling and in a crisis. The statement reads, “A letter to all users of 86fb Dear all users of 86fb when you see this announcement, that may be when our company is struggling. A series of things have happened recently that make us unable to operate normally, and 86fb apologize for this!“The purpose of today’s announcement is very clear. I want to explain to you why 86fb cannot withdraw cash normally? The reason is that we are maliciously freezing all our funds by a payment company called Flutterwave, which maliciously freezes our funds and repeatedly wants to take the funds as their own.“And through cooperating with the local police to blackmail us 86fb, we have not yielded, we have been trying our best to protect the rights and interests of every user, but the other party has a strong background in Nigeria, and we cannot fight against it, so now 86fb cannot withdraw money normally!“For everyone’s funds, and for the dignity of 86fb, we will not bow to this force! On behalf of 86fb, I implore you all to fight with me against Flutterwave’s malicious behavior of unreasonably freezing funds. I hope you can help us get justice. Here I announce the address of the Flutterwave payment company. If the money is to be returned, 86fb solemnly promises that once the funding problem is resolved, we will pay all users’ funds as soon as possible!“Thanks for being with you all the way Flutterwave address: At present, I have received feedback from many members that they have to get their own money when they find Flutterwave, so the platform recommends everyone to go to the Flutterwave payment company to get back their funds!”

A ponzi scheme is considered a fraudulent investment program. It involves using payments collected from new investors to pay off the earlier investors. The organizers of ponzi schemes usually promise to invest the money they collect to generate supernormal profits with little to no risk.

“However, in the real sense, the fraudsters don’t really plan to invest the money. They intend to pay off the earliest investors to make the scheme look believable. As such, a Ponzi scheme requires a constant flow of funds to sustain itself. When the organizers can no longer recruit more members or when a vast proportion of the existing investors decide to cash out, the scheme tumbles,” said Emmanuel Oke, a financial analyst.

Oke urged Nigerians to be wary of Ponzi schemes and pyramid schemes.

‘’With a Ponzi scheme, investors are made to believe that they are earning returns from their investments. In contrast, participants in a pyramid scheme are aware that the only way they can make profits is by recruiting more people to the scheme. To a great extent, Ponzi schemes are investment tricks,” he said.

On red flags of ponzi schemes, he said most Ponzi schemes come with some common attributes such as a promise of high returns with minimal rise while in the real world, every investment one makes carries with it some degree of risk.

“In fact, investments that offer high returns typically carry more risk. So, if someone offers an investment with high returns and few risks, it is likely to be a too-good-to-be-true deal. Chances are the investor won’t see any returns.,” he said.

He also urged Nigerians to be mindful of overly consistent returns if investments experience fluctuations all the time.

“For example, if one invests in the shares of a given company, there are times when the share price will increase, and other times it will decrease. That said, investors should always be skeptical of investments that generate high returns consistently regardless of the fluctuating market conditions.”

Speaking further, he said most ponzi schemes are not registered, adding that before rushing to invest in a scheme, it’s important to confirm whether the investment company is registered with the Securities and Exchange Commission (SEC) or other state regulators.