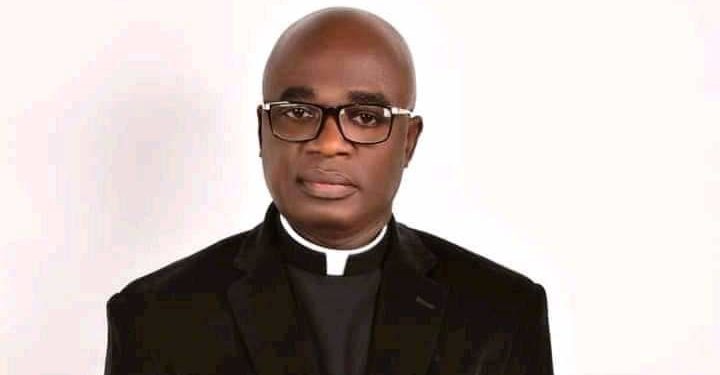 The All Progressives Congress (APC) in Benue State has said the Peoples Democratic Party (PDP) are jittery over the APC governorship candidate, that Rev. Fr. Hyacinth Iornem Alia, hence their resort to allegations about his membership of the party.

The opposition party in Benue State stated this while describing PDP’s allegation that APC does not have a governorship candidate for the 2023 election as the handiwork of idle minds and mischief makers.

The APC state chairman, comrade Austin Agada, in an interview with LEADERSHIP affirmed that Alia is the APC flag bearer for the 2023 governorship election.

Agada, who appealed to all aggrieved aspirants to sheath their sword and work for the common goal of kicking out the PDP in 2023, added that Alia will win the forthcoming election.

The chairman also dispelled a rumour by the PDP that Alia is not a registered APC member, noting that he is duly registered in Mbadede ward, Vandeikya local government area of Benue State. He said the party register has been submitted to the Independent National Electoral Commission, (INEC).

“The PDP has failed in the rumour mill to distract the Benue people who are wiser now to choose a more reliable candidate.

“As I have always said, the worst of APC is better the best of PDP”

“Instead of focusing attention on delivering dividends of democracy to the people or  showing what they have done in the past seven years of their administration, they are having sleepless nights over what is happening in the APC. Ortom should stop misleading Benue people in Churches and other places.

On the issue of running mate for Alia, Agada said the party is still consulting with stakeholders to come out with a credible and acceptable deputy, stressing that the decision will be unveiled as soon as possible as they are not out of time.

“I want to call on all those who contested on the platform of APC and are aggrieved to put their differences aside and fight for a common goal that of rescuing the State from underdevelopment caused by PDP government”, he said.

He maintained that the only project executed and completed by the Ortom administration in the last seven years, is the escalation of fake stories and creating issues where they shouldn’t exist even in the APC.

“This is a government that has found Benue people not worthy of good governance, and lives absolutely on propaganda” he added.