Book On Root Cause Of Headers, Farmers Clashes In N/Central Gets Positive Reviews 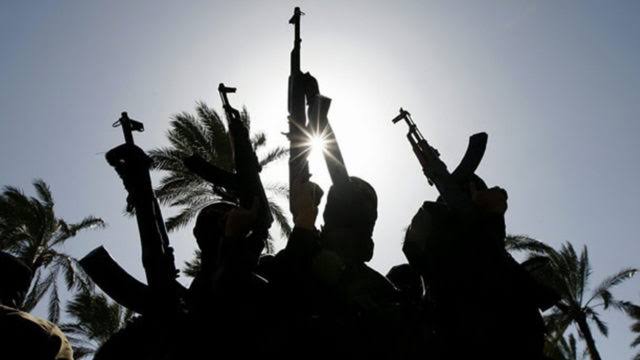 A book titled “The Root Cause of Farmers-Herders Crisis in North Central Nigeria,” has received positive reviews and commendations for providing insight into the root cause of the crisis and proffering solutions.

The book reviewer, Dr. Isaac Otegwu, of the Department of Political Science and Diplomacy, Veritas University, Bwari, Abuja said the book as a commendable effort to find lasting solutions to the farmers, herders crisis and thus recommended it as a veritable reference material for further research by scholars.

He said, “It is a must read for policy makers in their search for lasting solutions to the recurrent clashes between farming communities and herders not just in the North Central Zone but Nigeria in general.

“Security agencies will also find the book informative as useful intelligence can be garnered therefrom to assist in arresting the situation and preventing further crises. Lastly, traditional institutions across affected states who are interested in fostering peaceful coexistence between the aggrieved groups will also benefit from the findings of this research.”

In the book, published by Rosa Luxemburg Stiftung, the authors, Plangshak Musa Suchi and Sallek Yaks Musa averred that recent draught and desertification occasioned by the impact of global warming has culminated in an increase in movement of herders southward in search of pasture for their herds due to resource scarcity. 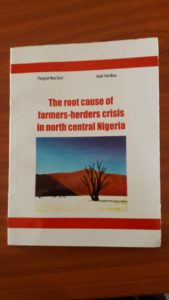 This southward movement according to studies identified by the authors, engender farmland encroachment and inevitably generates conflicts. The authors also mentioned population growth and poor town planning, porous borders and ineffective border control etc as possible factors in the escalation of conflicts between farming communities and herders.

The reviewer however, disagreed with the author’s assertion that the escalating herders’ attacks on farming communities in the North Central zone and the country at large which has assumed worrying dimensions, has led to the ranking of the herdsmen militias among the three most deadly terrorist groups by the Global Terrorism index of 2017.

The reviewer argued that the herdsmen have long before this period been classified as the third deadliest terrorist group in the world.

Also, Obodo, Nneamaka Ijie, PhD, of the Department of Political Science and Diplomacy, Veritas University Abuja, in his review, commended the book for providing precise answers on the root causes of the crisis.

He said the book was able to distinctively identify the drivers of the crisis between the farmers and herders.