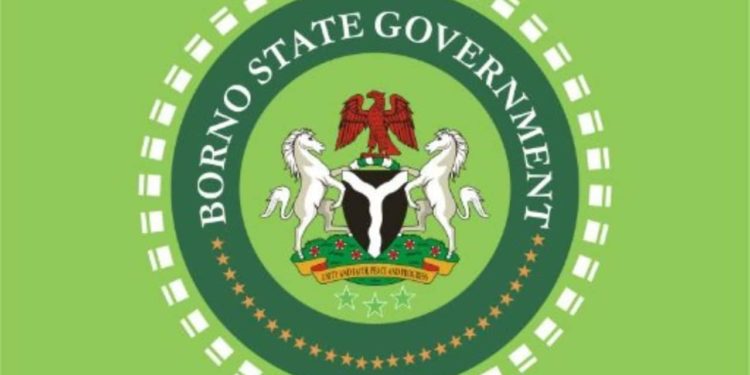 Permanent secretary of Borno State Ministry of Local Government and Emirate Affairs, Alhaji Tahiru Shettima, has pledged the full commitment of the ministry to support the processes that would lead to the successful implementation of the Transitional Justice Project flagged off by the National Human Rights Commission (NHRC) with the support of the European Union (EU) and United Nations Development Programme (UNDP) in 2021.

Shettima made this commitment yesterday while playing host to the project team who were on a courtesy visit to his office in Maiduguri, to intimate him about the activities of the project.

He said the cardinal philosophy of his ministry is openness, partnership, and commitment to move the state forward.

“We are open to partners who are willing to help salvage our situation, as such we will give you hundred percent support in the implementation of your Project,” the permanent secretary said.

He said human rights are part of human existence and no society thrives where the rights of people are not respected. According to him, when the insurgents begin to surrender, the government realised the need to use the best approach to achieve the desired goal of bringing lasting peace to the region, where those surrendering and those already living in the communities will find a common ground to co-exist. “Human rights must not be violated to achieve this,” he added.
“What happens when they surrender? They come back to their communities and it is naturally difficult for people to accept them back into these communities; it also becomes very difficult to encourage them to live among the people who had committed some grave human rights violations, this is where you come in,” he emphasized.
“Your project will no doubt educate people and encourage them to embrace peace and reconciliation especially when crucial stakeholders like traditional rulers, imam, and clergymen are carried along, we will therefore support you more than ever before as this will not only encourage peace, it will also ensure sustainable development in Borno State,” he said.
Meanwhile, the executive secretary of NHRC Chief Tony Ojukwu (SAN), has lamented the destruction caused by a decade of insurgency in North East Nigeria saying the people cannot continue the war forever.
He made this statement in Maiduguri, the Borno State capital during the second meeting of the Borno State Project Advisory Committee (SPAC) on Promoting Reconciliation, Reintegration, and Transitional Justice in some parts of the North East.
He said a lot of havoc has been caused by Boko Haram insurgency to the affected states and communities, and the commission through its Project on Promoting Reconciliation, Reintegration, and Transitional Justice in the states of Borno, Adamawa and Yobe, which is supported by the European Union (EU) and United Nations Development Programme (UNDP), has begun to lay a foundation for a sustainable, peaceful and developed society where consideration will be given to the victims and the communities, and not undermining the necessity for justice with regards to the perpetrators.
He said, “Although the road to reconciliation is long, tough and rough, the fact remains that it is only through true reconciliation that we can move the country forward. Therefore, we need to have a sense of justice and restitution, this may not come in terms of cash, but our readiness to put the wounds and pains behind us, in the interest of the nation and a great future is very important for our society.”