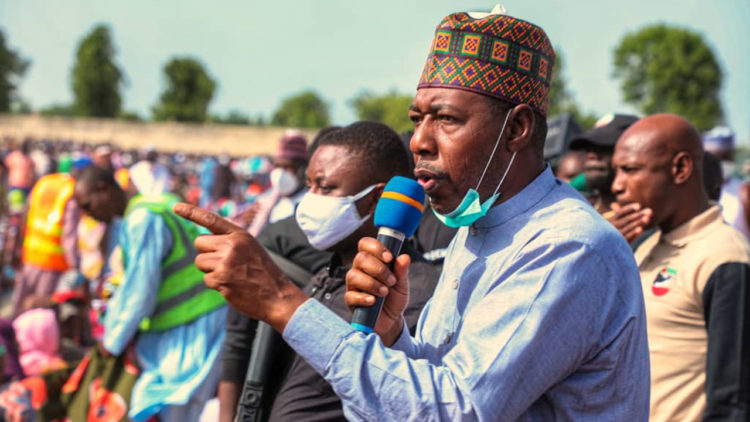 The Borno State government has appealed to the European Union (EU) to consider a second phase of its intervention programmes in Borno State to tackle the challenges of the over 90,000 surrendered Boko Haram terrorists and families which it said had overstretched the state government.

The state government while thanking the EU and all the implementing partners for their immense contributions to the state’s post-insurgency recovery effort that cuts across several sectors of development, noted that EU embarking on second phase of intervention following the closure of the first phase would also handle the challenges affecting resettled communities.

The state commissioner for information, Hon. Babakura Abba-Jatau, made the appeal yesterday in Maiduguri during the closure and learning workshop signaling the end of the implementation of the first phase of Borno Package funded by the EU and implemented by partners. Various partners presented their scorecards in the post-insurgency programme during the workshop.

The commissioner applauded the non-kinetic approach adopted by Governor Babagana Zulum in resolving the age-long insurgency.

He appealed to the EU and partners to ensure that they transfer assets to MDAs that would ensure the sustainability of the projects long after they must have left.

“I had at different fora called for a Phase 2 of this laudable programme so as to include our recently resettled communities.

This approach has yielded a lot of dividends with over 90,000 erstwhile Boko Haram combatants and their families surrendering to our own troops.  All hands should therefore be on deck to see how these erstwhile combatants would be reintegrated into the society,” he said.

Presenting, the Managing Conflict in Nigeria (MCN) programme under the umbrella of the British Council project, the state team-lead of MCN, Amin Buba Dibal, said in the first phase of the implementation of the Borno Package, the British Council trained 951 traditional rulers on dispute resolution.

He said within the time under review, the traditional rulers had resolved 14,141 cases, emphasising that 82 per cent of cases emanated from four emirates.

He said the British Council also facilitated the development and adoption of a code of conduct for traditional leaders.