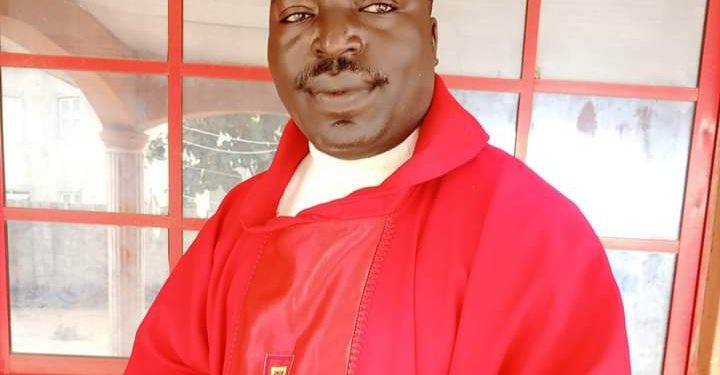 The Chancellor, Catholic Diocese of Kafanchan, Rev. Fr. Emmanuel Uchechukwu Okolo, confirmed the sad development in a statement made available to journalists in Kaduna on Tuesday.

He added that the remains of the Priest was discovered on Tuesday. 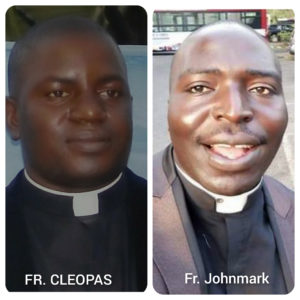 The Chancellor said, “sequel to the announcement of the two kidnapped priests from our diocese,  it is with a deep sense of sorrow and pains that the Bishop, Clergy, Religious and Laity of the Diocese of Kafanchan announce the gruesome murder of Very Rev. Fr. John Mark Cheitnum.

“However, we wish to announce that Rev. Fr. Donatus Cleophas escaped from his abductors and has reunited with us.

“However, it is with a deep sense of sorrow and pains that the Bishop, Clergy, Religious and Laity of the Diocese of Kafanchan announce the gruesome murder of Very Rev. Fr. John Mark Cheitnum.

“Fr. John Mark who was abducted from the rectory of Christ the King Parish Yadin Garu, Lere L.G.A of Kaduna State, was brutally killed by his abductors on the same day of his abduction; Friday 15th July, 2022.

“Until his demise he was the CAN Chairman, Jama’a LGA as well as the coordinating chairman of CAN, Southern Kaduna. He was the Dean of Kwoi Deanery, Director of Communications in the Diocese of Kafanchan and the Pastor of St. James Parish Fori, Jama’a LGA, Kaduna State

“His burial is slated for Thursday, 21 July 2022 at the Cathedral of St. Peter Kafanchan, Kaduna State. Time: 10am.

“We solicit for prayers for the repose of our dear brother Priest and God’s consolation on his immediate family, we wish to humbly call on all and sundry to refrain from taking the laws into their hands. The Diocese has declared a two day mourning for peaceful repose of his soul.”