by None Ekwenugo
in News, Cover Stories
0 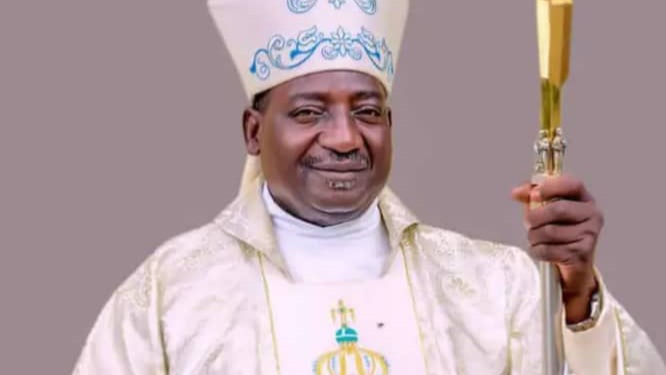 The Catholic Bishop of Zaria Diocese, Most Rev. George Jonathan Dodo is dead.

The Diocesan vice chancellor, Rev. Fr. Abraham Bisan Nake confirmed his death in a statement made available to journalists in Kaduna.

Late Bishop George Dodo died after a brief illness and he  was aged 66.

The vice chancellor said “with gratitude to God I have been directed to announce the passing unto glory of our Bishop, Most Rev. George Jonathan Dodo, the pioneer bishop of the Catholic Diocese of Zaria.

“This sad event took place in the early hours of Friday, 8th July, 2022 after a brief illness.

“We enjoin all to pray for his peaceful repose, and information regarding his burial will be announced as soon as possible”.

After successful completion of his studies, he was conferred a master’s Degree in Arts by the trustee of Fordham University.

After a short break of six months in the Archdiocese of Kaduna, during which he was posted to St. Thomas Parish, Kano, he later went back to the same University of Fordham and did an Advanced Professional Diploma (APD) from July 1989 to December 1990.

He served as parish priest in different parishes of Kaduna Archdiocese after which he was ordained a  Bishop on March 3, 2001 and he was the first Bishop of Zaria Diocese.