CBN Blames Banks For Frustrating Use of eNaira 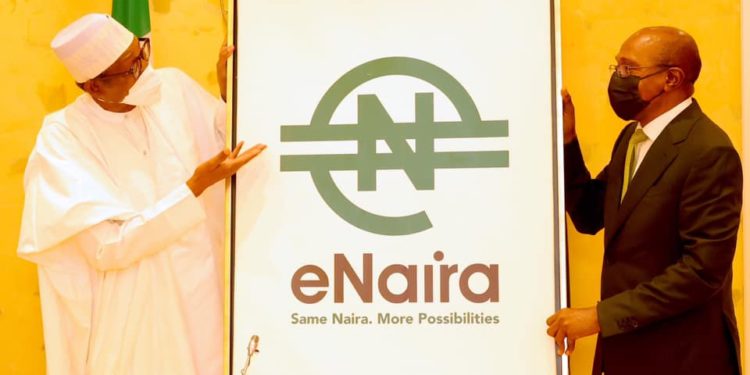 Almost a year after the Central Bank Digital Currency (CBDC) known as the eNaira, which was launched by the President Muhammadu Buhari, it is yet to fully permeate the financial industry, a situation the Central Bank of Nigeria (CBN) blamed on the uncooperativeness of banks in the country.

Governor of the CBN, Godwin Emefiele had last week said, the use of the enaira for transactions has not kicked off as planned due to the “apathy” by bankers who try to discourage their customers form transfering their funds from their bank accounts to the enaira wallet.

Emefiele, while answering question on the progress made so far by the bank on the enaira project said, while there has been some progress, ‘we will admit that there is a need for a lot more enlightenment for enaira.’

The enaira was launched in October last year, making the country the second in the world to launch a CBDC. The enaira was designed to boost the cashless policy, reduce transaction cost as well as bring more people into the financial system.

Whilst urging Nigerians to not only download the app but also transfer funds from their bank accounts into their wallets for ease of transaction, Emefiele said: “there may be a little bit resistance to you from the banks

He noted that using the enaira “is almost costless at least till today. So you should go and tell your bank that you want your account to be linked to your wallet. It will cost you little or nothing compared to those other products that you have that would cost you money in the bank.”

Meanwhile, Emefiele said, the CBN in moving on to the next phase of the enaira and it is working with telecommunications company, MTN Nigeria to activate the use of USSD code for enaira transactions in the country.

“We have been focused up till now on the banked population. We are almost completing tests with MTN to provide a channel where the unbanked can onboard using the code *997#. We believe that once this is done, we are going to be targeting the unbanked population. And we are also going to be using agency banking arrangements available and other means to ensure that we drive our enaira product.”

He also noted that the CBN in conjuction with the Bankers Committee will be ramping up its englightement programmes to increase awareness on the enaira, saying, the publicity “will continue to go on.

of our people to go on to enlighten people about the benefits of enaira.

“I must say that the enaira is the producnt that has the lowest cost in terms of you moving money electronically from one location to another location. Today I am aware that people are now using the enaira on Remita.net to make purchases. You can make payment for DSTV using the enaira you can pay government bills. You can buy airtime and you can conduct a host of other transactions through the enaira at the lowest possible cost.”