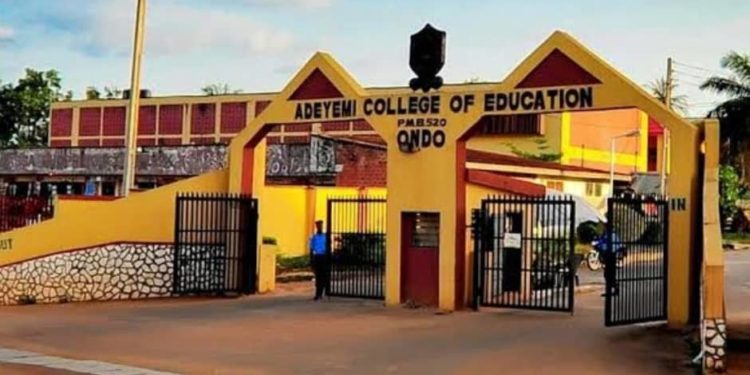 COEASU, which called on the Minister of Education, Mallam Adamu Adamu, to order the take-off the Adeyemi University of Education, also asked the minister to set a machinery in motion for the appointment of the Vice Chancellor for the institution.

The union stated this in a letter dated June 22, 2022, jointly signed by its chairman and secretary, Comrades Dr Adetokunboh Adepoju and Dr Joel Edafe, respectively, and addressed to the Minister.

While expressing concern over the delay in the take-off of the Transition Implementation Committee of the University, the concerned lecturers said the delay has generated apprehension and tension in the institution community and the people of the state.

The union urged the Minister of Education to reject any controversial recommendation for the extension or renewal of the tenure of the current principal officers of the College.

While appreciating President Muhammadu Buhari, members of the National Assembly, the minister and other stakeholders who made the approval of upgrading the institution to a university possible, the lecturers described the feat as one of the cogent dividends of democracy a people-oriented government could give its citizenry.

The statement reads: “Our Union wishes to reiterate our profound appreciation to his Excellency, President Muhammadu Buhari, GCFR, the Honourable Minister of Education. Mallam Adamu Adamu and the distinguished leadership and members of the National Assembly for the long-awaited upgrade of Adeyemi College of Education, Ondo to Adeyemi Federal University of Education, Ondo. We are also highly appreciative of the passage and the assenting of the enabling Act.

“This obviously, is one of the numerous laudable dividends of democracy bequeathed to Nigeria‘s Teacher Education Sector by the present administration.

“The assent of Mr President to this Act and the subsequent gazetting were greeted with loud ovation within the College, Ondo community, Ondo State, and the alumni across the globe.

“However, the Union has observed with serious concern, the unexplained delay in the take-off of the Transition Implementation Committee of the University.

“This delay has become a subject of palpable apprehension among staff, students and members of the host community.

“Some measure of tension is also brewing as a result of the delay. The Union vehemently resist the continuation of the institution as a College of Education.

“Given the foregoing, the Union hereby pleads with the Honourable Minister to consider and attend to the following: immediate constitution and mobilization of the Transition Implementation Committee for the Adeyemi Federal University of Education; facilitation of enabling conditions for the immediate take-off of the Adeyemi Federal University of Education.

“We urge you sir to reject any controversial recommendation for the extension or renewal of the tenure of Principal Officers for the College.