by Silas Ezeugwu
in News
0 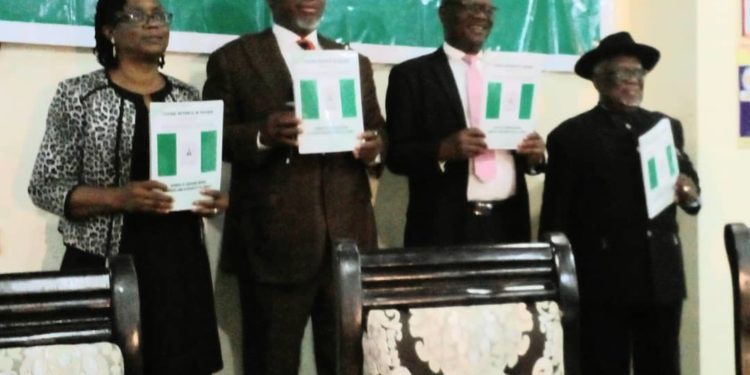 The minister of Mines and Steel Development, Arc Olamilekan Adegbite, has launched the scale of fees for professionals in the extractive industry put together by the Council of Mining Engineers and Geoscientists (COMEG), saying the move would enable the profession to be practiced properly as well as remove quackery from the industry.

He noted that other professions, like law and architecture, had their own scale of fees, and it was important to have such in the industry.  He said the scale was subjected to several tests before it was approved by the Federal Executive Council in April this year.

The minister made the comments Tuesday in Abuja during the presentation of the proposed Bill for a review of COMEG Act and Stakeholder Interaction when players in the extractive industry gathered to finalise work on the bill to make the regulatory agency conform to present realities.

COMEG regulates the activities of professionals in the fields of geology, geophysics, geochemistry, mining engineering, petroleum engineering, metallurgy, hydrology and soon on.

Speaking on the COMEG Act, the minister said the bill had looked at the present realities and these have been imputed into the act. He urged the stakeholders to make useful input before the bill is signed into law.

The registrar of COMEG, Prof Zacheus Opafunso, identified COMEG as the top regulatory agency In Nigeria whose task cut across the entire extractive industry.

He said the purpose of the gathering was to produce an Act that will stand the test of time towards making Nigeria a major mining destination in the world.

On her part, the director, Legal Services in the Ministry, Nwamaka Odili, said the task before the stakeholders was to produce an Act that is responsive to present challenges.

According to him, all stakeholders in the sector were carried along in the process of proposing amendments to the Act, adding that the day’s session afforded representatives of stakeholder groups the chance to study the proposed amendments and make necessary adjustments.

In his speech, the president of Nigeria Mining and Geoscientists Society (NMGS), Charles C.D Alabo, thanked the minister of Mines and Steel Development, Arc Olamilekan Adegbite for his landmark footprints in the sector.

He noted that the Act the stakeholders were trying to amend was 32 years old and so needed to be updated.

LEADERSHIP reports that the programme involved two parts, the launch of the COMEG scale of professional fees applicable fore practitioners in the industry and the bill amendment session where stakeholders would study the draft amendment bill and suggest inputs.

7 Incredible Health Benefits Of Strawberries And Why You Should Eat More... Click Here For Details
Tags: COMEG
SendShareTweetShare
Previous Post

JUST-IN: Oshoala Ruled Out Of 2022 WAFCON