COREN Gets Monitoring Teams On Building Collapse In 15 States 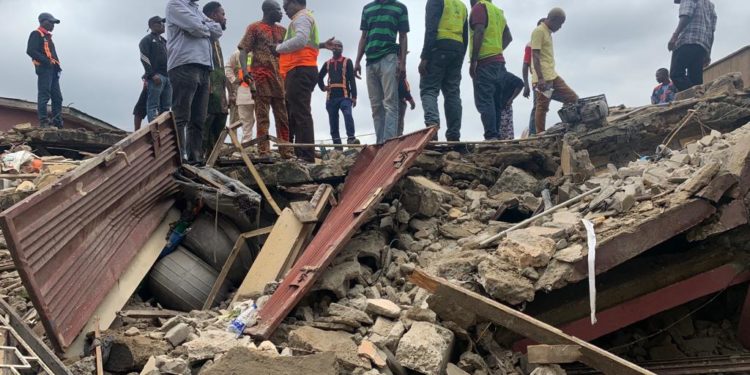 The president, Council for  Regulation of Engineering in Nigeria (COREN), Engineer Rabiu Ali, has  decried the rampant cases of collapsed buildings in the country as result of the activities of quack engineers.

He said as a result, COREN had set up an engineering regulatory monitoring teams to work across 15 states of the federation to stem the tide.

Speaking in Kano, Ali said the association was so much concerned at the rate of building collapse with poorly constructed roads taking the leading position in the death of many  Nigerians.

The president said one of their co-mandates is the proper monitoring of projects to safeguard the interests of Nigerians and improve the economy and as such they would not relent in ensuring strict compliance with the rules and regulations while constructing projects.

He added that the ERM teams are  structured in a way that they have states ethical committees which implement policies enacted by the national technical committee.

“Already, we have these ERM and inspectors in 15 states of the federation and we are hoping that before the end of the year we will effectively cover the 36 states and Abuja,” he said.

He added that this was aimed at  monitoring  projects where government is putting its money and including privately owned projects.

“And the major reason is to stem the tide of engineering failures generally including roads, not only buildings so that the lives of Nigerians would be safeguarded and allowed for economic growth,” he added.

Engr. Ali said before 2019 the council lacked powers to punish any violator except those on their register and even at that the punishment was just suspension from practice and deregistering, but now, the law has been amended to enable them sanction any Nigerian whether engineer or not who commits infraction in engineering practice.

7 Incredible Health Benefits Of Strawberries And Why You Should Eat More... Click Here For Details
Tags: COREN
SendShareTweetShare
Previous Post