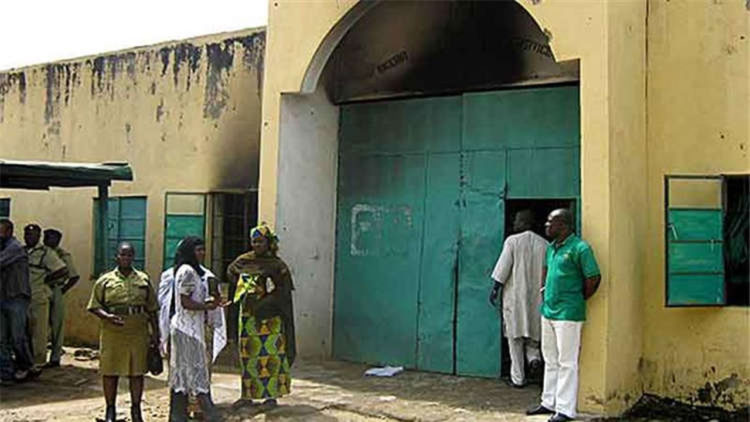 Nigerian Correctional Service, FCT command has confirmed the death of an inmate at the Kuje Custodial Centre.

The controller of the FCT command of the service, Ahmed Musa Ahmed, who confirmed the inmate’s passage, expressed his condolences to the family and friends of the late inmate and  reinstated his commitment to putting the health and general welfare of  inmates and staff on the front burner.

A statement by the FCT spokesman of the service, Chukwuedo Humphrey , obtained by LEADERSHIP, said the inmate who passed on after a protracted illness was admitted into the Kuje Custodial Centre in 2019 and upon mandatory medical examination, he was diagnosed of some chronic ailments.

Ahmed further advised those on special medical attention to ensure strict adherence to expert instructions to overcome health challenges since drugs are available to them at no cost.

The statement reads in part; “The deceased was immediately placed on special medical management by a combined team of medical personnel in the facility as well as occasional referrals to the University of Abuja Teaching hospital, Gwagwalada, Abuja when necessary.

“Unfortunately, when the inmate’s health deteriorated over the weekend, all efforts by the medical personnel to resuscitate him failed.”

The statement further added that a peaceful prayer session had been organised by the service and  inmates at the facility for the repose of his soul.

Meanwhile, some warders at the facility who spoke exclusively to LEADERSHIP have alleged negligence on the part of the correctional service.

Some officers at the custodial centre who pleaded not to be named said, providing good health care for inmates has remained a major challenge at the facility.

They alleged that “taxpayers may not get their money’s worth.  These persons are locked up for minor crimes yet they are paying with their lives. The fact that Prisons in Nigeria are secured facilities, operating away from public view, remains a major problem because the average person does not care  about someone convicted of a crime, there is no great concern for conditions behind bars.”

The officers who alleged that the deceased had no access to his prescribed drugs said, “We are pleading with organisations and individuals and the government to humanise inmates. It is time we begin to raise questions about their treatment – often provided for in the budget.”