Countdown To 2023 Census: The A-Z Of Trial Census

by DAVID ADUGE-ANI
in Feature
0 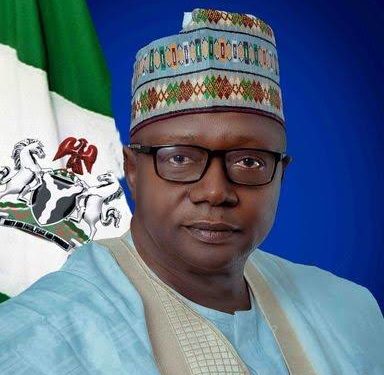 The National Population Commission (NPC)) has commenced preparations for a successful conduct of trial census scheduled  to hold from June 27 to July 30, 2022 as part of the overall plans for the April 2023  Population and Housing Census.

As part of this preparations, the commission, had organised a three-day capacity building for journalists covering the commission to acquint them with necessary rudiments for the coverage of the national assignment.

Besides this training, the commission and the Nigerian Postal Service (NIPOST) recently signed a Memorandum of Understanding (MoU) in inter-agency collaboration to ensure the digitisation of the postcode system for a proper addressing of projects in Nigeria.

The commission  has equally selected a total of 4,068 Enumeration Areas (EAs)  for June/July, 2022 Trial Census, to test-run their suitability and readiness for the actual Population and Housing Census, scheduled to hold in April 2023.

Chairman of NPC,  Hon Nasir Isa Kwarra while declaring open a trainers workshop for the Trial Census, in Mararaba, Nasarawa State recently,  explained that the Trial Census shall cover 30 states and the FCT, while six LGAs shall be selected from six states in the six geo-political zones of the country for full population enumeration, even as 45 EAs shall be selected from each of the 31 states.

Kwarra explained further that the Trial Census would test all phases of the main census, from planning to the execution of the plans, logistics arrangement and management, questionnaire design and format, training procedures, fieldwork operations, publicity, payment system, data processing, data tabulations and analysis.

The NPC chairman added that the Trial Census, also known as the “census dress rehearsal”, is one of the pre-census activities in which all census operations are tested in a detailed and comprehensive manner.

Another landmark achievement by the NPC in preparation for the Trial Census and the 2023 Population and Housing Census is the unveiling of the E-recruitment portal for the trial census and  the recruit a total of 10,000 adhoc staff nationwide, for the conduct of the trial census.

Census manager of the commission, Mr Inuwa Jalingo, while speaking at the unveiling of the E-recruitment portal for the trial census explained that already six local government areas have been selected from the six geopolitical zones of the country for the pilot scheme of the E-recruitment exercise.

Jalingo explained further that the E-recruitment portal is geo-fenced, because the application is restricted to only applicants residing in the six selected LGAs, adding that applicants must be living in those six selected LGAs to be able to apply for the trial census exercise.

The executive chairman of the commission, Hon Nasir Isa Kwarra, who inaugurated the E-portal said the event marks the beginning of the online recruitment process whereby Nigerians from all demography and gender can hook on to the website to be provided by the commission to fill the online form and get themselves registered to be recruited.

Again, as part of the preparations for the Trial Census and the main census next year,  the commission early this week  unveiled an integrated call centre in preparation for the 2023 Population and Housing Census. The executive chairman of the Commission, Hon Nasir Isa Kwarra, while  unveiling the centre at the commission’s headquarters in Abuja, explained that the inauguration of the centre, ahead of the actual enumeration of persons in April 2023,  is a clear indication of the commitment of the commission to conduct a people-oriented 2023 Population and Housing Census.

Kwarra added that the launch of the center  is also yet another major step towards making the 2023 Census a resounding success, even as he underscores the commission’s commitment of providing demographic data for national planning. The NPC boss stated that it is imperative to put in place a platform for constant interaction between the commission and the people through which information that can be obtained, clarified and feedback received on the census process.

He disclosed that the Call Center is equipped with modern Information and Communication technology facilities for video conferencing, emails and telephony to facilitate effective communication for the success of the 2023 Population and Housing Census.

He assured Nigerians that the commission is poised on delivering a credible and reliable census that would be acceptable to Nigerians and the result would serve as tool for development and socio-economic planning for the country.

He continued: “This call center will serve as the information hub for seamless interface between the commission and members of the public before, during and after the census exercise.

Enquiries from members of the public to the commission about the census process, on the field activities and other census frequently asked questions are expected to be responded to by trained personnel.

To us in the commission, the quality of staff that will perform this assignment is critical in ensuring that the noble objectives for establishing the call center are achieved.”

Also speaking, the census manager of the commission, Inuwa Jalingo, said the call centre is designed with a robust technology that can handle multiple calls and manage all call routing .

In a remark, the UNFPA country representative, Ulla Elizabeth Mueller, said the UNFPA is working closely with the Federal Republic of Nigeria to support the implementation of the 2023 Population and Housing Census and other key population and development activities in Nigeria.

Mueller noted that  Nigeria boasts a century-old history of Census taking, which according to her, makes it stand out, especially in Africa.

“After 16 years of waiting, Nigeria is ready to go again and now actively planning to conduct its next Census in April 2023.

In spite of the long wait I know that the 2023 Census agenda is transformative in more ways than one. For one, the Census is being implemented in accordance with international standards and best practices.

These standards – the United Nations Principles and recommendations for the 2020 World Programme on population and housing censuses – emphasize that countries make increased use of technology and innovations in the implementation of censuses with a view to improving data quality and timeliness of the products thereof.”

She maintained that the 2023 Census is the first fully digital census to be conducted in Nigeria, because it employs use of technology and methodological innovations to ensure collection of high quality and timely data.

While declaring open a training of trainers workshop on identifying and mapping of special populations for the exercise recently in Mararaba, Nasarawa State, Kwarra explained that the commission would identify the locations of special populations to ensure that adequate planning is made for their enumeration during the census.

He noted that it is critical that all members of these groups be identified on time wherever they are, and their locations mapped and geo-referenced into the national frame. The NPC boss also noted, however, that the enumeration of special populations usually constitutes a significant challenge in censuses, due to the unique nature of their settlement, occupation or other characteristics that make them special compared to regular or institutional populations.

He added that identifying and mapping the location of these special populations  is also crucial as the exercise provides important socio-cultural and qualitative information that would facilitate planning for publicity, logistics and appropriate procedure for the enumeration of the group.

Kwarra stated that the data expected from this project include, the location of special populations within the localities in all LGAs of the country, the daily activities of the groups, their movement patterns and migratory intentions as it affects community participation in the census.

Other data, according to him are  the preferred sources of information and communication, existing social organizations, institutions and means of communication that can be used to mobilize these communities for effective participation in the 2023 Population and Housing Census.

He called on the trainees to ensure that they pay maximum attention during the training to assimilate procedures to systematically undertake the exercise.