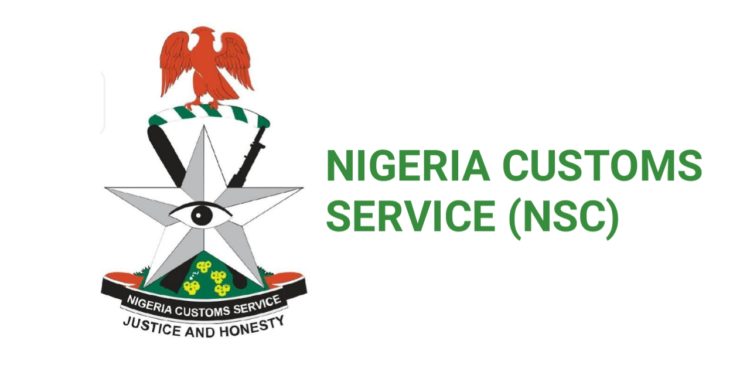 A petroleum tanker laden with 45, 000 litres of adulterated diesel being imported into the country, as well as 14 trucks of foreign parboiled rice, weighing 50kg each top the list of seizure recorded by the Ogun Area 1 Command of Nigeria Customs Service (NCS) between the month of May and 25th of June, 2022.

This is just as the command also intercepted 23, 400 pairs of footwear, 289 cartons of tomato paste, 1,100 packets of Tramadol, as well as several sacks and wraps of weeds, suspected to be Cannabis Sativa among other contrabands, which Duty Payable Value (DPV) worth over N1. 29 billion within the period under review.

Taking journalists round what he described as “uncommon seizures under a month” yesterday in Idiroko Border, the Customs Area Controller (C.A.C) for Ogun 1 Command, Comptroller Bamidele Makinde explained that the adulterated diesel product was intercepted along the Sagamu – Ijebu Ode expressway, while the bunkerer absconded upon sighting the command’s operatives.

He also disclosed that the seizure of the two trucks conveying 882 bags of the foreign parboiled rice was recorded right inside Abeokuta metropolis, while in transit, stressing that his operatives acted under the Section 46 and 169 of the Customs and Excise Management Act (CEMA), Cap “C45” of the Law of Federation of Nigeria.

Lamenting the upsurge witnessed in smuggling activities in Ogun for the month of May/June when compared to that of the previous month of April/May, 2022 when the border was newly reopened, Makinde attributed the trend to the intensity of trading ahead of the forthcoming year 2022 Sallah festival.

Makinde explained that the command generated a total revenue of over N12. 8 Million from auctions of the Premium Motor Spirit (PMS) intercepted at different exit points to the Republic of Benin during the anti – smuggling operations, adding that about 10,973 litres of the seized petroleum products were disposed off “in line with the extant laws”.