by Orjime Moses
in Business, News
0 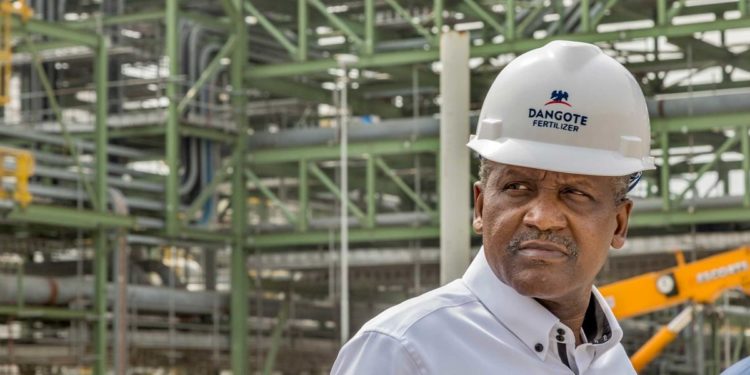 Dangote Cement Plc is the major sponsor of the ongoing Africa International Housing Show (AIHS), the largest housing and construction expo on the continent.

The four-day event, which was declared opened yesterday in Abuja by the vice president Yemi Osinbajo, has also named Thursday July 28, 2022 as Dangote Cement Day to celebrate the contribution of the company to the development of real sector of the Nigerian economy.

Speaking to newsmen on the sideline of the expo in Abuja, spokesman of the AIHS, Festus Adebayo, described the philosophy of the Dangote Group as Pan African, saying the conglomerate has presence across African countries, and therefore contributing to the development of the real sector of the continent.

He said: “Dangote Group is an excellent partner of the AIHS. It has done very well. It’s a brand that has contributed enormously to the development of the real estate sector of the African countries.”
According to him, it was time the government and the private sector like the Dangote Group, collaborate to mitigate the county’s housing deficit, adding that when tackled it would solve the menace of banditry and economic related insecurity in Nigeria.
The Dangote Cement Plc, he said, has been playing a major role in reversing the ills of substandard and collapsed building in the country.
In the same vein, participants and stakeholders who visited the company’s stand at the expo commended the Group’s industrialization and job creation stride in Africa.
AIHS provides the platform to share competitive ideas, cutting edge innovations and influence public and private policies that will support real sector development.
For 16 years now, AIHS has become a major destination for global and local stakeholders, building and construction companies, mortgage companies, public agencies, private corporations and home seekers to learn, network, exhibit and make sales.
Meanwhile, some of the expected speakers on Thursday from the Dangote Cement Plc are: the Group Head, Sales and Marketing, Mr. Rabiu Umar, National Sales Director, Ms Funmi Sanni and Head Technical Sales, Aniki Ayodeji.