by Adebiyi Adedapo
in News, Politics
0 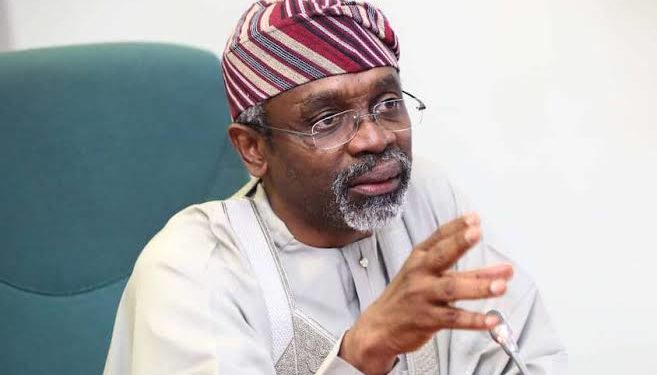 Speaker of the House of Representatives, Femi Gbajabiamila, has expressed displeasure over the indirect mode of primary election adopted by political parties in choosing their candidates for 2023 elections.

The speaker in his welcome remarks at the resumption of plenary on Tuesday, said delegate system of primary election deprived many of his colleagues from securing their return tickets to the parliament.

Gbajabiamila faulted the delegate system of election, saying it was a wrong mode.

The House had in April proceeded on Easter and Sallah holidays.

It was to resume early in May but later postponed the resumption to enable members to partake in thier party primaries to pick candidates for the 2023 elections.

Gbajabiamila, who in his speech shortly before the House adjourned in honour of a deceased member from Akwa Ibom State, late Hon. Bassy Ekpenyong, said that many lawmakers were not given a fair shot in the primaries.

He also urged the affected lawmakers to put the issue behind them and focus on their mandate that is running till next year.

He said: “The past two months have been dominated by political pursuits across the country as political parties carry out various activities to nominate their candidates for the forthcoming general elections. All of us, members of the House of Representatives, have not been exempt from this process.

“Unfortunately, as is always the case in electoral contests, some of us who sought the nomination of our parties to return to legislature have not gotten it. Others who sought nomination to contest other positions have also fallen short in that quest.

“Honourable colleagues, it is rather unfortunate that the process went the way it went. I make bold to say here that the legislature has once again suffered losses. The loss really is not for members who lost, it is a loss to democracy, to the institution and to the country.

“Honourable colleagues, many of our members lost because they were not even given a fair shot. We have good legislators, both here in the chambers and back home, who are probably not coming back because of this same process. When we fought for direct primaries in this house, we knew exactly what we were saying. It pains me very deeply, that the process has gone the way it has gone. We will continue to push and continue to fight for our members, for democracy, for the institution and this country.

“I have experienced political loss. And I can speak to the feelings of loss and disappointment that arise as a result. From that experience, I wish to share with you the everlasting truth that none of us is defined by the outcome of any election at any one time. What defines us before God and our fellow men is what we do in the time we have in public office and on earth. We are judged on earth and after by the work of our hands, quality of our service, the content of our character and passion of our convictions. These are the things that matter most and will count in the fullness of time.

“Therefore, I enjoin you all to set aside your feelings about recent electoral experiences to focus on serving the mandate we still have. Whereas in the past, the start of the electoral calendar marked the end of governance as a priority, that will not be the case in this 9th Assembly. Our term in office does not end till next year. Until the moment it does, until the last minute of the final hour, we will do the people’s work and serve their interests. That is the oath we swore and the commitment we will live up to, come what may.”

The Speaker, who bemoaned the pervasiveness of insecurity across the country, demanded the arrest of the attackers of a Catholic Church in Owo, Ondo State.

“Insecurity remains for us all a matter of the most serious concern. Barely a week ago, a church in Owo, Ondo State, became the scene of incomprehensible violence when gunmen attacked the congregation in the middle of service on the day of Pentecost.

“This House demands that the security agencies identify the perpetrators and sponsors of this depraved act, and we will hold their feet to the fire until they do so,” Gbajabiamila said.

The Speaker also stated that the House will review budget implementation of Ministries, Departments and Agencies of government (MDAs) in the coming weeks ahead.

“I have long believed that legislative control of the public purse is one of our most important and consequential responsibilities. Since we resumed office, we have been responsible for passing three Appropriation Acts with trillions of naira in public expenditure included therein. In this our final year in office, it should be a matter of the highest priority for us to thoroughly review the implementation of those Appropriation Acts across the ministries, departments and agencies of the Federal Government of Nigeria.

“I urge the chairmen and members of the oversight committees of the House to begin now to undertake this review and to prepare reports that will be considered by the House and form part of the legacy of this 9th Assembly.

“The constitutional amendment process is still ongoing. We have already sent several constitutional amendment bills to the State Houses of Assembly for consideration. While we cannot dictate the pace of activities in the State legislatures, we must consider the possibility that these proposals are at risk of being forgotten amidst the heightened politicking across the country.

“Therefore, to the extent that we can, there may be a need to coordinate interactions with the state legislatures to ensure timely consideration of the bills. The leadership of the House of Representatives will examine the options we have in this regard and take a decision shortly,” Gbajabiamila stated.

2023: You Can’t Tell Us Who To Vote, Ebonyi Group Tells Umahi

2023: You Can't Tell Us Who To Vote, Ebonyi Group Tells Umahi