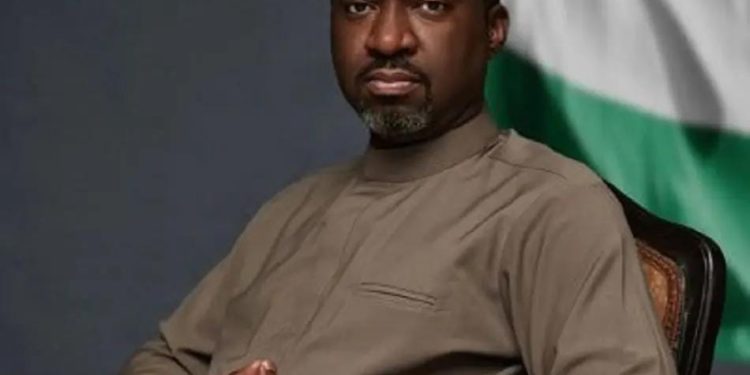 One of the aspirants in the just-concluded presidential primary election of the African Democratic Congress (ADC), Chukwuka Monye, has said the work of rebuilding and transforming Nigeria cannot be done alone or in isolation.

Speaking at the primary election, Monye explained that the work of rebuilding Nigeria requires cooperation, leveraging strengths and abilities to produce the desired result of a functional and strong society.

In his thank-you message to his supporters on Twitter, Monye wrote: “I want to thank all my supporters for a spirited campaign. Despite the presidential primaries’ result of the ADC, I am grateful to have participated. This is just the beginning of our journey to a better Nigeria.

“It is my desire that this movement which inspired many Nigerians and also attracted people to run for office at several levels within the party, will continue to have a positive impact on our political landscape. I believe in our country Nigeria and still believe that it will get better when we all get involved.”

A member of the party, who pleaded anonymity, commended Monye’s stellar performance at the presidential primary election, which was his first experience.

He said the delegates, who voted for Monye were organic and described them as individuals who bought into Monye’s message during his nationwide engagement and consultations over the past four months.

The ADC held its presidential primary election at the Olusegun Obasanjo Presidential Library in Abeokuta, Ogun State, with thousands of delegates and party officials from across the country in attendance.

The primaries started with 12 aspirants, teo stepped down and two withdrew from the race, leaving eight in the race for the party’s presidential ticket.

Monye, who officially started his journey in ADC on February 25, 2022 came third at the poll with 339 votes, after Professor Kingsley Moghalu, who came second with over 500 votes.

LEADERSHIP reports that Dumebi Kachikwu emerged the winner of the presidential primary election with 977 votes.