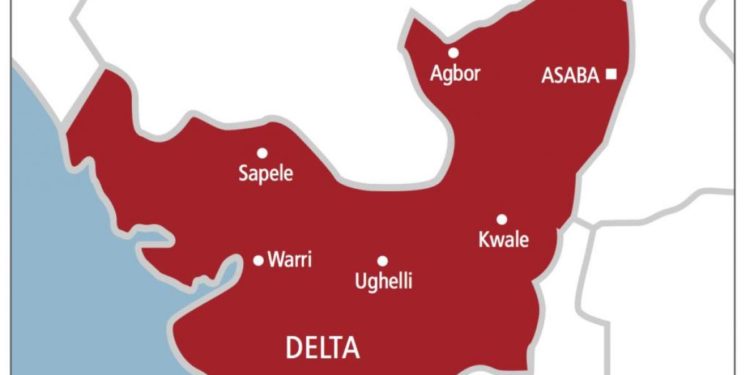 Members of the Association of Resident Doctors (ARD), Federal Medical Centre, (FMC), Asaba Chapter yesterday protested an assault meted out on one of their members (name withheld) by family members of a patient.

The doctor was hit on the head and he bled profusely. He was resuscitated and he is alive.
The doctors earlier withheld their services to express their anger over the unfair treatment their member received from family members of the patient he was caring for and also to ensure safety of doctors on duty.

Findings by LEADERSHIP revealed that the victim who was on call on that fateful day, had at least three patients with seizure disorders at the same time and the families of the patients needed his attention at the same time.
The doctor, being a professional, decided to attend to the most critical emergency, however, he still assessed the said patient and instituted treatment but would further evaluate him after he was transferred to the examination couch. The family of the patient who wanted the doctor to abandon other patients picked up a quarrel with him.

The dispute was immediately settled, but unknown to the doctor that the children of the man had already reached out to their accomplices outside the ward with regards to the quarrel. And while the doctor was done with his assignment and going out within the hospital premises, he was said to have been attacked from the back and hit on his head with an unknown object, causing him loss of so much blood.

Based on that, the doctors, led by their president and executive members, protested, carrying placards moving from department to department and ward to ward in a peaceful procession round the hospital premises.

According to the ARD President, Dr Asore Oghenevwarhe Emmanuel, while briefing newsmen, the resident doctors are not happy about the way and manner patients have continued to assault them.

He stated that a doctor on duty at the Accident and Emergency (A&E) unit was brutally assaulted and almost killed by a patient’s family members.

He hinted that three of the assailants were later arrested and had been in a police cell since Saturday awaiting trial at the court.

“This is a peaceful protest to alert the hospital community and the general public of what the doctors are going through in FMC Asaba. We will resume our duties after the protest, however; we are assuring the management, patients, government and the public that we will not hesitate to down tools if such inhuman treatments on doctors continue to happen.

“While we want to thank God that our colleague who was treated at the police hospital is presently fine and recuperating, we call on the government and good-spirited individuals to help safeguard us and ensure our security during and after every day’s duty. Our colleague was hit on the head and he bled profusely, but thank God he was resuscitated and he is alive today.

“It is obvious that there are operational challenges in our hospitals, but that should not be a blame for us doctors to bear. It is a systemic problem and should be directed appropriately. Meanwhile, patients who have issues should seek redress and express their dissatisfaction through the management or any other appropriate quarters”, Asore said.

Giving an account of what happened, the ARD secretary, Dr Okolie Kenneth, said, it was the responsibility of the doctor to give care, but the patients should know that the doctors love them and want to see them get well.

Delta Police Public Relations Officer, (PPRO), Edafe Bright, confirmed knowledge of the case but said he had not been properly briefed by the IPO, so as to know the direction of prosecution.